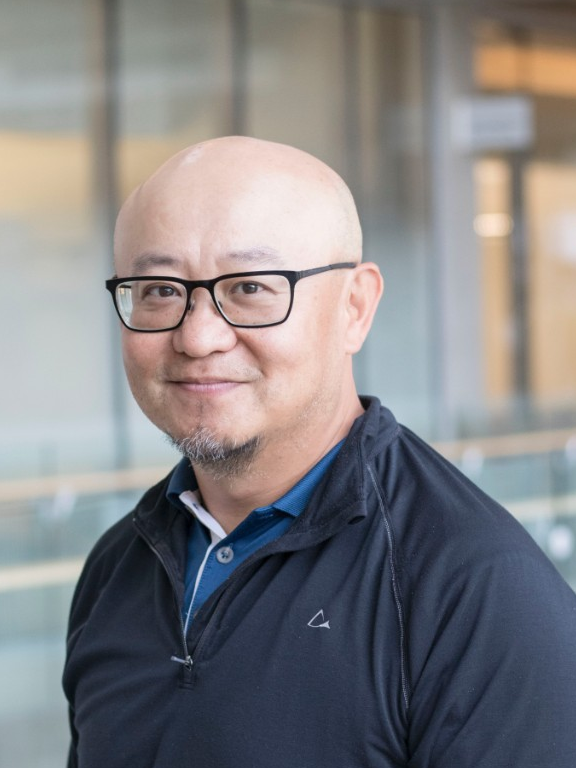 Dr. Frank Lee is an Associate Professor in the Faculty of Health Sciences at Simon Fraser University. He received his PhD from the University of Toronto in 2002, where he characterized an interaction between the dopamine transporter and a-synuclein, a protein implicated in the pathogenesis of Parkinson’s disease. In addition, his interest in the molecular pathophysiology of schizophrenia led to studies that characterized a direct interaction between the dopamine D1 receptor and the glutamate NMDA receptor. Dr. Lee subsequently pursued a post-doctoral fellowship at Children’s Hospital Boston/Harvard Medical School contributing to studies that demonstrated the role of dopamine in a-synuclein mediated neurotoxicity and examining the molecular components of APP processing. In 2004, he returned to Toronto to continue his studies investigating the molecular neurobiology of the dopamine system at the Centre for Addiction and Mental Health. Here he led a study examining the cross-talk between the dopamine D2 receptor and the dopamine transporter. Using inhibitory peptides, he demonstrated that disruption of the D2 receptor/dopamine transporter interaction can induce hyperlocomotor activity in affected rodents.

If you are interested in joining the Lee laboratory either as a graduate student, student assistant or research assistant, please contact Dr. Lee directly.

More information about the Lee Lab.

Dopamine signalling has clear implications to a variety of diseases including drug addiction, schizophrenia and Parkinson’s disease. What is unclear is exactly how components of the dopamine system are involved in the pathophysiology of these diseases. Key components of the dopamine system include dopamine receptors that propagate dopaminergic signalling and the dopamine transporter, which regulates synaptic dopamine levels. My interests lie in identification of mechanisms that regulate the activity of dopamine receptors and transporters. One mechanism by which dopaminergic proteins can be regulated is through protein-protein interactions. Our laboratory has interests in identifying and elucidating the mechanisms that govern dopaminergic protein-protein interactions and examining the role of these interactions in the molecular pathophysiology of diseases that involve the dopamine system.