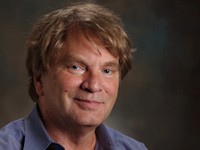 Dr. Pelletier's main areas of interest concern the employment of formal logical methods in the understanding of natural language. To that end he investigates the semantics of phenomena that occur in natural language such as vagueness, generics, mass terms, and so on, with an eye to determining the sort of formal means that are available to give an adequate formal semantics to explain these phenomena. He is also interested in human cognition of these phenomena, and has investigated the ways people employ reasoning tools to deal with them. A related interest is in getting computers to reason in the same way as humans on tasks that are of logical and linguistic interest.