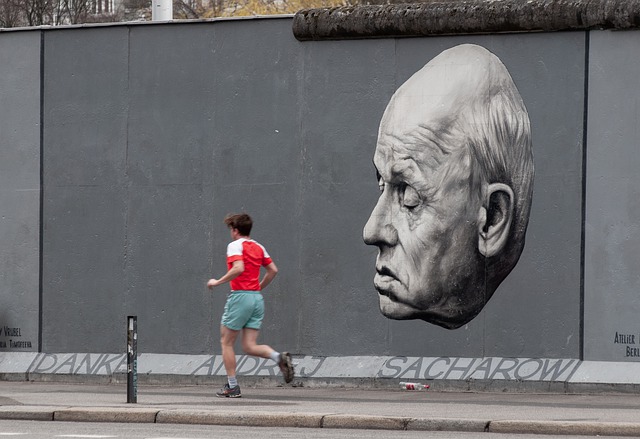 Great Cities in Their Time: Berlin

Marlene Dietrich on stage in a smoke-filled cabaret, the Soviet flag atop a shattered Reichstag, jubilant crowds spilling over the Wall in 1989, the haunting expanse of Peter Eisenman’s Holocaust Memorial . . . no city is associated with more of the twentieth century’s most deeply etched images than Berlin.

Taking in the full range of media where Berlin’s multiple personalities have been constructed and maintained—including film, literature, music, architecture and visual art—we are going to examine the city’s history from its medieval origins to the present, paying special attention to its several twentieth-century identities: the hypermodern Babylon of the Weimar Republic, the capital and gravesite of the Third Reich, the quintessential setting of Cold War intrigue and, now, the palladium of civil liberties and digital rights. Students will acquire not only an understanding of Berlin’s unique profile in modern memory, but an appreciation of the responsible and serious-minded way in which Germans have reckoned with the last century’s ghosts.

This course counts towards a concentration in Art and Material Culture for students in a Humanities major or minor program.

All sources will be made available for free on Canvas, except for the following title which is not currently available in digital form:

SFU’s Academic Integrity website http://www.sfu.ca/students/academicintegrity.html is filled with information on what is meant by academic dishonesty, where you can find resources to help with your studies and the consequences of cheating. Check out the site for more information and videos that help explain the issues in plain English.

Each student is responsible for his or her conduct as it affects the university community. Academic dishonesty, in whatever form, is ultimately destructive of the values of the university. Furthermore, it is unfair and discouraging to the majority of students who pursue their studies honestly. Scholarly integrity is required of all members of the university. http://www.sfu.ca/policies/gazette/student/s10-01.html