My love for science has been nourished, sustained and balanced with artistic activities in which I have been less successful (understatement :-)), but which I have pursued with great passion and pleasure. It is accurate to say that without them, many parts of me would have died, my imagination would have shrunk, and I would have never been able to achieve in science what little or much I did achieve. It is my life's permanent counterpoint between sciences and the arts that -very arguably- kept me alive, and in any case, allowed me the relative sanity, in a world of permanent turmoil, to keep producing scientifically while stubbornly trying to make the world a more welcoming place for the marginalized, like women. With no pretension of excellence, I unashamedly share my amateur incursions in various artistic pursuits, to honour the fact that much of who I am today is owed to them. 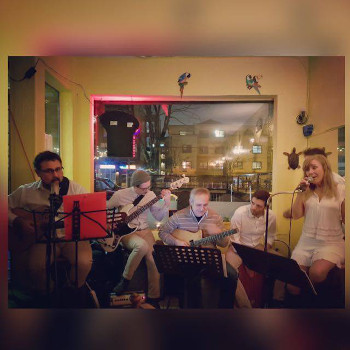 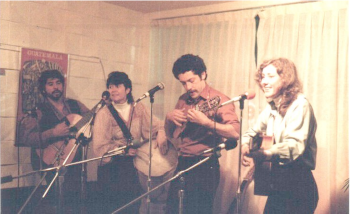 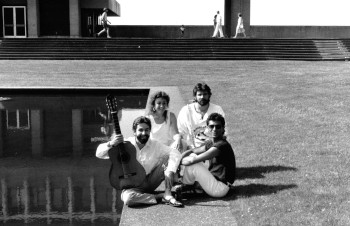 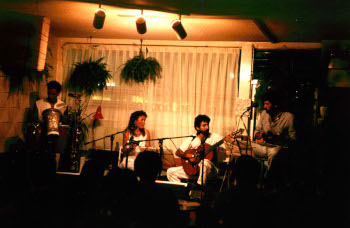 Taken during a performance at La Quena, Vancouver, circa 1995 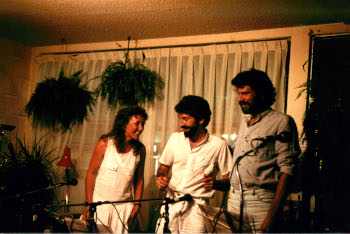 Jokingly bullying my colleagues André and Rob on stage (how unprofessional! :-)) 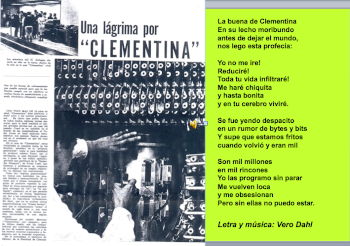