Click on birds to find out what they are doing!

Since 1984, I have studied the ruff, Philomachus pugnax, a sandpiper species which presents particular challenges for behavioral, population and evolutionary biologists because it has a stable genetic polymorphism in male mating behavior. While variation in male mating behavior is widespread among animals, maintenance of a genetic polymorphism - a stable set of competing strategies- is extremely unusual.

Three genetic morphs of males exist in all ruff populations. Darker-plumaged territorial males, comprising 84% of males, defend clustered 'lek' mating courts against other "residents". Lighter-plumaged, non-territorial "satellite" males, 14% of males, are recruited onto residents' courts, where the two form temporary, uneasy alliances, as shown above. Both kinds of males may mate with females that visit the court, and co-occupation appears to result in higher relative mating success for the participants. One percent of males are small female mimics, which lack ornamental breeding plumage (See Biology Letters 2:161-164 (2006)), do not engage in male display, and appear to obtain matings at lek by rapidly mounting crouching females. Males do not change plumage type or behavioral role during their lifetimes.

A wonderful short video showing lekking and mating tactics of these ruffs is available at: Ruff courtship

My co-workers and I have now shown that these three morphs really are competing genetic types co-existing within all populations. Morph type inheritance is controlled by a chromosomal inversion, with both Satellite and Female mimcs having different forms of the inversion.

Since spring of 2006, working with Sue McRae, we bred female mimics, called 'faeders', with females of our captive flock, to test mechanisms of potential inheritance of this morph. The data support autosomal genetic inheritance of this morph, including an expression of the mimic allele in females, which shrinks their body size Lank et al 2013: Biol. Lett. 9: 20130653. doi:10.1098/rsbl.2013.0653 .

Watch three video clips, taken by Dr. McRae, of a resident, satellite, and a cyptic male in action!
The cryptic male has dark blue bands on the lower parts of both legs, and is in the lower left corner of the first clip. In the third clip,it starts by standing on a brick. Stay tuned for more!!

The plumage variation of Ruffs, which is used for individual identification (see below) is also unique among birds.

Males on the TOP ROW are satellites. The REST are territorial "independents". 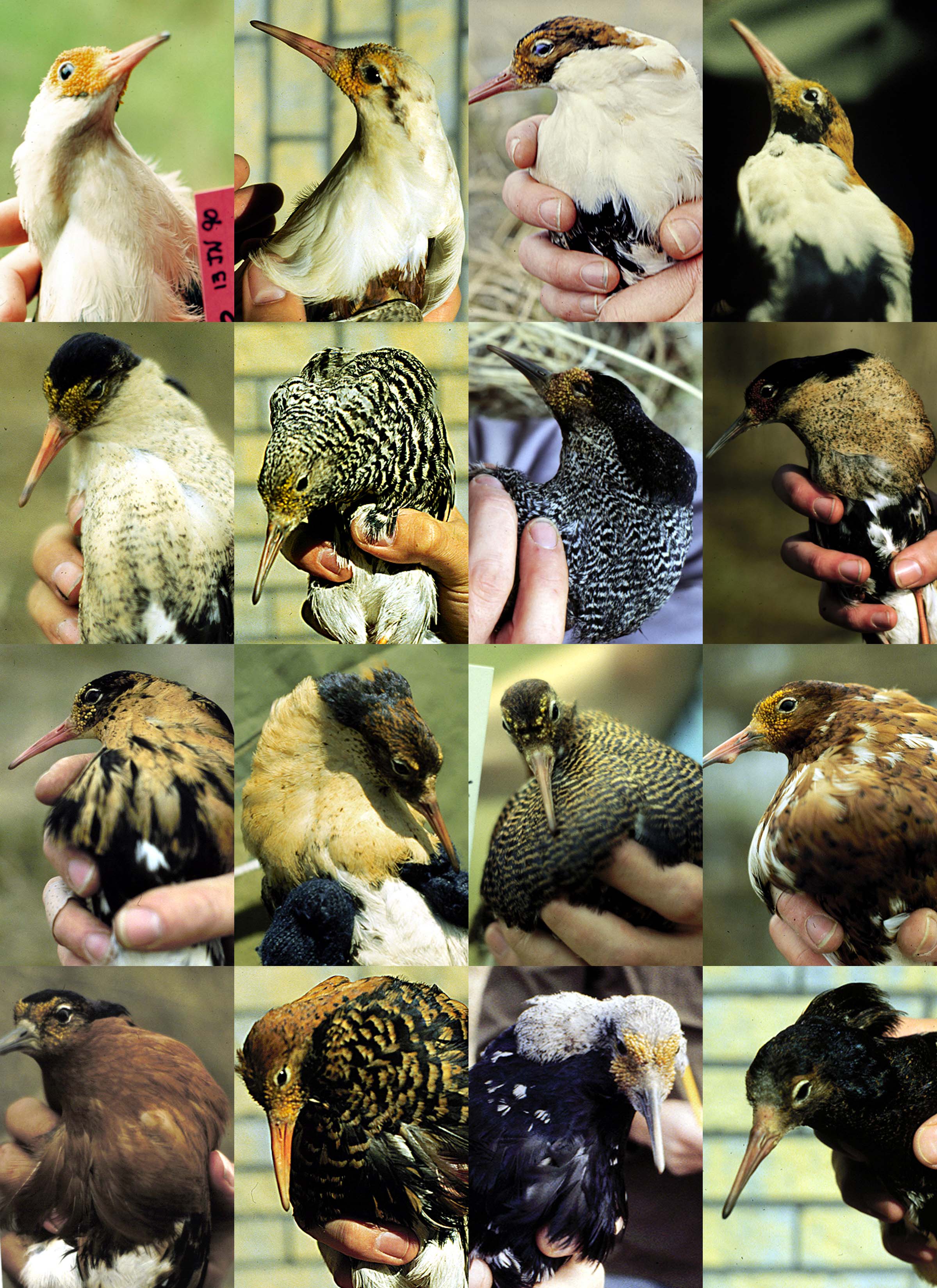