Prisons are not the answer to preventing crime 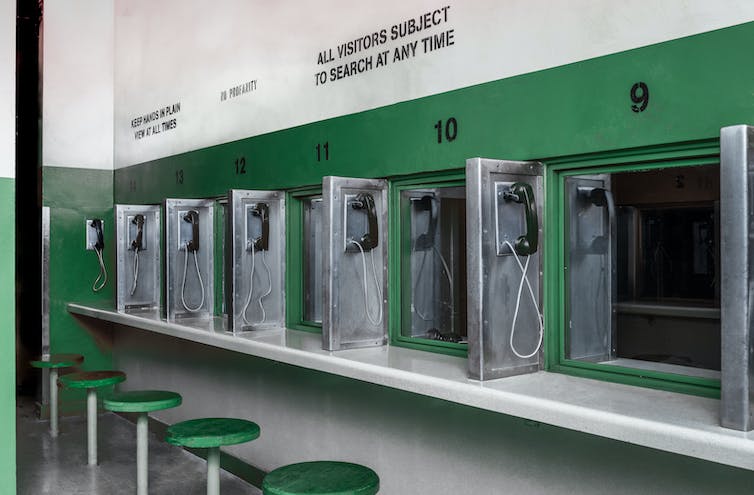 The U.S. incarcerates more people than any other place in the world. Warehousing people in prison is costly and unsustainable. Shutterstock

Each day in the United States and Canada, it seems like the news media reports another shooting or act of violence that ends in tragedy. As a result, politicians and the public often leap to the conclusion that violence is on the rise and that the answer is to throw more people behind bars.

However, this conclusion flies in the face of research. Crime statistics demonstrate that since the 1990s, rates of violence have fallen in the U.S. and Canada. And although some people are dangerous and need to be in prison, in other cases, locking people up is a waste of taxpayer dollars that may do more harm than good.

Rather than getting tough on crime, justice agencies need to get smart on crime. For instance, rather than indiscriminately cramming everyone into prison, justice agencies should use scientifically supported methods to identify which defendants truly pose a danger to others.

We are researchers who work with American and Canadian justice agencies to help them develop effective methods to identify and manage people who may be violent towards others. We explain why jailing everyone is not the answer to preventing violence, and how many researchers have developed risk assessment tools to help justice agencies make better decisions about who to imprison and what services to provide.

Jailing everyone is not the answer

The U.S. incarcerates more people than any other place in the world. However, many politicians have recently concluded that warehousing people in prison is costly and unsustainable. As such, politicians have been trying to bring down prison rates. An example of this is the new First Step Act in the U.S., which obtained strong support from both Republicans and Democrats. American politicians are shifting their thinking for many reasons. Here are a few:

Prisons are expensive to operate. In the U.S., the total state expenditure on prisons is at least US$81 billion. In Canada, taxpayers pay an average of $114,000 a year per prisoner. It’s cheaper and more effective to provide treatment than it is to put someone behind bars.

Research shows that putting people behind bars does not reduce reoffending, and some studies show it can make matters worse. From working in prisons, we have seen this firsthand; prisons can be schools for crime. If you take a teenager who’s never gotten in trouble before and stuff them in a confined space with people who are already entrenched in crime, they won’t necessarily turn into a good law-abiding citizen.

3. We lock up the wrong people

Although some of the people we jail are dangerous, many are not. Many have mental illnesses and addictions. Some are teenagers who have made bad decisions. And many have not even been found guilty — they’re still waiting for their trial. Also, decisions about who we put behind bars are prone to biases and disparities.

For example, in Canada, even though incarceration rates have fallen, the proportion of prisoners who are Indigenous is growing — 60 per cent of imprisoned teenage girls are Indigenous.

How do law makers decide who is dangerous and truly needs to be locked up? Judges, police, and probation officers make these decisions all the time. They can use one of two approaches — they can either rely on their own intuitions or hunches, or they can use decision-making aids called risk assessment instruments.

Historically, professionals had to rely on their hunches about who would be violent. Prior to the 1980s, research was scarce and there were no guidelines to help professionals. Without guidance, it can be difficult to predict who will be violent — even for experts. Early studies suggested that experts who use their intuitions to decide who will be violent were accurate less than half the time. They would be better off flipping a coin.

Option 2: Use risk assessment instruments based on research

Given these worrisome findings, scientists set out to develop better ways to determine a person’s risk of violence. They conducted hundreds of studies on factors that predicted violence — for example, substance use and antisocial beliefs. They used these factors to create tools that told professionals what risk factors to consider and how to identify them.

Some of these instruments are formulas or algorithms, whereas others are decision-making aids that include a list risk factors and rating criteria, but allow professionals to take into account unique considerations for a given person. Although these instruments are not crystal balls, hundreds of studies demonstrate many of these risk assessment approaches help to predict violence.

Justice agencies in Canada, the U.S. and many other countries now routinely use these risk assessment tools to help decide who to detain or imprison, and what rehabilitation programs to provide. These assessment devices are also used to decide who is ready for release.

What impact do these decision aids have?

In a new study that looks mostly at the U.S., we compiled data from over a million defendants and offenders at 30 sites. We found that when justice agencies adopted risk assessment instruments, detention rates decreased slightly. Even though fewer people were being locked up, crime rates either declined or stayed the same. In other words, risk assessment can help minimize incarceration without jeopardizing public safety.

Are the assessment tools biased?

But do these assessment tools help counteract over-incarceration of Black and Indigenous Peoples or do they contain invisible biases that amplify preexisting disparities? In our recent review, we found that when justice agencies used risk assessment instruments, jail rates decreased slightly for Black and white people. However, findings varied as to whether the size of this decrease was similar across groups. Also, studies have not yet tested how the use of these tools impact incarceration rates for Indigenous Peoples.

We need more research. In Canada, the Supreme Court recently reprimanded the prison system for failing to adequately test if the risk assessment devices they use are appropriate for Indigenous Peoples.

In sum, risk assessment instruments are not going to fix all our problems. However, justice systems need to make decisions about who is dangerous somehow. And, given the choice between relying on untested intuitions, which historically have resulted in dramatic racial disparities, or using instruments that were developed through decades of research, instruments offer clear advantages.

They may help justice systems make decisions that preserve public safety without falling prey to knee-jerk calls to lock everyone up.

However, whatever approach justice agencies ultimately decide to use, they need to make sure it is fair and just, and they need to carefully test its effects. These decisions are far too important to simply rely on hunches.

[ Deep knowledge, daily. Sign up for The Conversation’s newsletter. ]

This article is republished from The Conversation under a Creative Commons license. Read the original article.