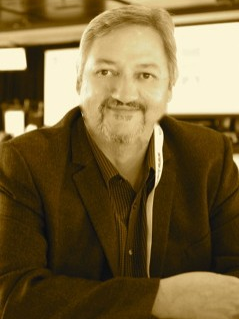 Professor Jeffrey Reading has more than two decades of experience enhancing knowledge in Indigenous health issues, both in Canada and globally. He obtained his Bachelor of Physical Education (1983) at the Faculty of Physical Education and Recreation, University of Alberta, Master of Science (1991) and Doctor of Philosophy (1994) in Community Health Sciences, (now the Dalla Lana Faculty of Public Health), University of Toronto and was the founding Director of the Centre for Aboriginal Health Research at the University of Victoria in British Columbia.

As the inaugural Scientific Director of the Institute of Aboriginal Peoples’ Health at the Canadian Institutes of Health Research from 2000 to 2008, Jeff led a movement calling for a national advanced research agenda in the area of Aboriginal peoples health and led the CIHR cross-cutting initiative in rural and northern health research.

Jeff held the first endowed research chair at the Department of Public Health Sciences at the University of Toronto. Jeff's broad interests in research in Public Health has brought attention to issues including but not limited to: the social determinants of health, environmental issues including provision of safe potable water, health promotion and disease prevention, heart health, diabetes, tobacco misuse and accessibility to health care among Aboriginal Canadians.

Jeff has played a pivotal role in the introduction of Canadian ethics guidelines for Aboriginal health research. He also made key contributions to the Canadian Academy of Health Science's report and solutions that aim to have a particular impact on Indigenous Peoples’ health globally.

From August 2012 to July 2013, Jeff took a one-year leave of absence from the School of Public Health and Social Policy at the University of Victoria to join the Baker IDI Heart and Diabetes Institute, based in Alice Springs and Melbourne Australia, to lead the Institute in the emerging field of Global Indigenous Health.

In 2015, Jeff led the Waakebiness-Bryce Institute for Indigenous Health (WBIIH) as the inaugural Interim Director of the WBIIH that was created with a generous gift of $10 million from Drs. Michael and Amira Dan and is based at the Dalla Lana School of Public Health, University of Toronto. In 2016, Jeff was appointed the Inaugural British Columbia First Nations Health Authority Chair in Heart Health and Wellness at St. Paul’s Hospital based at Simon Fraser University.

Among his numerous distinctions, Dr. Reading received the C.P. Shah Alumni Award of Excellence in Public Health from the Public Health Alumni Association of the Dalla Lana School of Public Health, University of Toronto in 2015. He also received the National Aboriginal Achievement Award from the National Aboriginal Achievement Foundation, Canada – now known as Indspire in 2008 – and Jeff was honored to be elected an inaugural Fellow of the Canadian Academy of Health Sciences in 2005. In 2002, Dr. Reading delivered the prestigious Fourth Annual Amyot lecture at Health Canada, “Global Indigenous Health Research: An Opportunity for Canadian Leadership”.