RSVP to peter_dickinson@sfu.ca by Monday, Oct 26, 2020. A link to the classes will be sent upon registration

Please Note: Classes will be recorded.

Caridad De La Luz (aka La Bruja) and Ana Garcia (aka Rokafella) are two professional Hip-Hop artists/activists/teachers from the birthplace of Hip-Hop, The Bronx, New York. In these three master classes, they offer personal insights into the impact The Bronx has on their artistry, the trajectory of their creative works, and how they also have developed projects that further support historically invisible communities. Producer and curator Dr. Jane Gabriels will also speak about her work to support the artists and create opportunities for them to engage with audiences. All three co-teachers have worked together on multiple projects for 20 years. There will also be an opportunity for students to share their reflections. 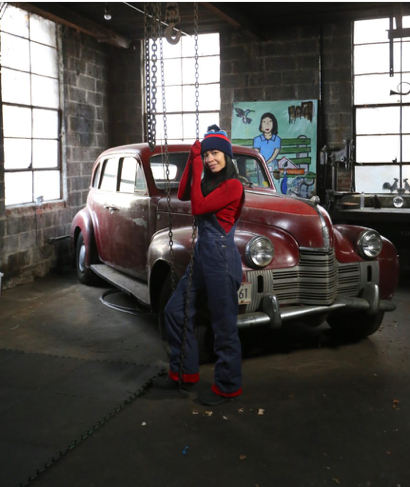 Caridad De La Luz (she/her), aka La Bruja, is a multi-faceted performer named in the “Top 20 Puerto Rican Women Everyone Should Know” (La Respuesta). Known as a “Bronx Living Legend,” Caridad received a Citation of Merit from the Bronx Borough President and The Edgar Allan Poe Award from The Bronx Historical Society. She has performed at The Apollo, Lincoln Center, Gracie Mansion, Cathedral of St. John the Divine, City Hall in New York City and international venues. Since her 1996 debut performance at the famed Nuyorican Poets Café, she hosts Monday Night Open Mics, and was a lead in the successful Off Broadway musical “I LIKE IT LIKE THAT.” Caridad was awarded a 2019 Jerome Hill Artist Fellowship, and is cultivating her own art space in the Soundview area of The Bronx called “El Garaje,” and creating a new full-evening length work, “From Poor to Rico.” caridaddelaluz.com (Photo by Ted Lopez.) 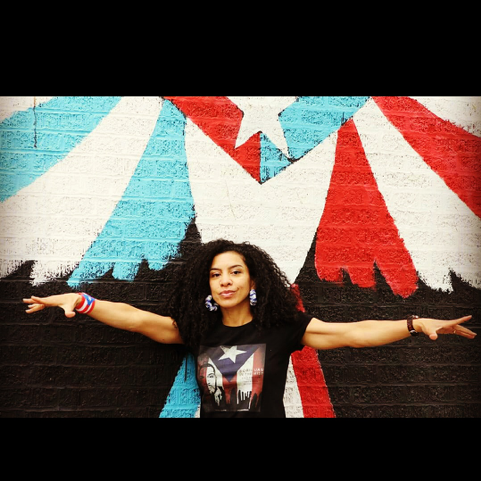 Ana “Rokafella” Garcia (she/her) – NYC-born and raised, B-Girl Rokafella is known internationally for her Break dance mastery. With fellow breaker and husband Kwikstep, Rokafella founded and performs with the non-profit hip-hop dance company Full Circle Souljahs to empower young dancers through the positive power of hip-hop. As a multi-faceted creative force, she has acted in the film "On the Outs" and the choreo-play “SHE,” directed and produced the documentary film "All The Ladies Say” with multiple showings and public conversations with the artists, created Hip hop choreography for Hamlet at the Oregon Shakespeare Festival's 70th Anniversary, modeled for Athleta, and in the Netflix series The Get Down, Rokafella was in the third episode. In 2016, she performed with the House of Ninja for DANCE PARADE, and was featured in the PBS documentary series, Makers. As a singer, La Roka, is well-rooted in Hip-hop and Afro Latin rhythms, and recently composed a Gospel version of Jimmy Castor's "Just Begun,” offering another empowering message of possibilities. fullcirclesouljahs.com alltheladiessay.com (Photo by Don Lalo.) 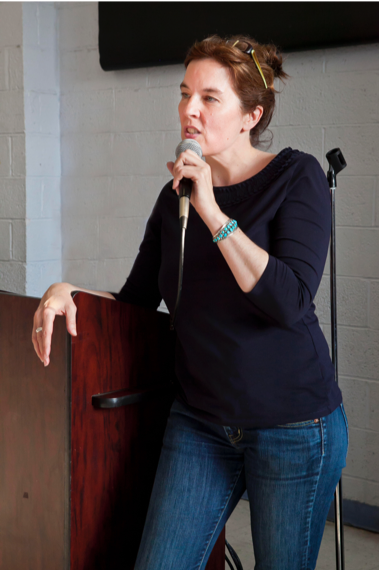 Jane Gabriels, Ph.D., (she/her) is a performer, writer, curator/producer. She supports the non- profit Pepatián (Bronx, NY) in collaboration with other artists and partners, and is the Executive Director of Made in BC - Dance on Tour (Vancouver, BC). She writes about artists and non- profits, and co-edited Curating Live Arts: Critical perspectives, essays, and conversations on theory and practice (Berghahn Books, 2018), Essays from Configurations in Montreal: Performance curation and communities of colour (Duke Univ and Concordia Univ, 2018), and contributed an essay about dance maker Merián Soto in Latina Outsiders (Routledge Press, 2019). janejaneproductions.com (Photo by Marisol Diaz-Gordon.)

Presented by the SFU Institute for Performance Studies

Q2Q: A Symposium on Queer Theatre and Performance in Canada

Q2Q: A Symposium on Queer Theatre and Performance in Canada was held at SFU Goldcorp Centre for the Arts from July 20-24, 2016. Co-sponsored by IPS, the event brought scholars of queer Canadian theatre and performance together with the artists, producers, curators and administrators contributing to the vibrancy and diversity of LGBT2Q live arts scenes and cultures across the country. Combining roundtable discussions, networking events, and an evening reading series of new plays, Q2Q asks what a comparative analysis of contemporary queer performance practices can tell us about current trends and future directions, as well as the importance of documenting the larger historical narrative of Canadian queer theatrical production and reception. Visit q2qconference.com and our Video Archive or YouTube channel for documentation.

The Life and Death of the Arts in Cities after Mega-Events was a research conference and public outreach event co-organized by Simon Fraser University’s Department of English and Institute for Performance Studies, the University of British Columbia’s Department of Theatre and Film, and the Queen Mary Drama Department, University of London. Please see the ACME 2014 Conference site for more information, as well as our Projects + Publications page to read more about two special journal issues that came out of the event, and our Video Archive page or YouTube channel for documentation.