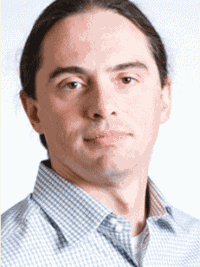 Dr. Chris Bataille has been a part of the EMRG reserach team since 1998. He completed his PhD in 2005 titled "Design & Application of a Technologically Explicit Hybrid Energy-Economy Policy Model with Micro and Macro Economic Dynamics". Originally a macroeconomist by training, Chris oversaw the development of the CIMS integrated energy-economy model which is now internationally recognized as a leading forecasting tool.

Chris has published articles in The Energy Journal and Climate Policy, has edited a special edition of the Energy Journal on hybrid modelling, and has contributed to a number of peer-reviewed public policy publications, including, Pricing greenhouse gas emissions: The impact on Canada’s competitiveness for the C.D. Howe Institute in January 2009. He has served as an expert to the National Round Table of the Environment and the Economy, wrote the draft chapter for Canada’s most recent national circumstances submission to the UNFCCC, and frequently presents his research at conferences, symposiums and panels both nationally and internationally.