Literatures and the Arts Across Cultures (4) 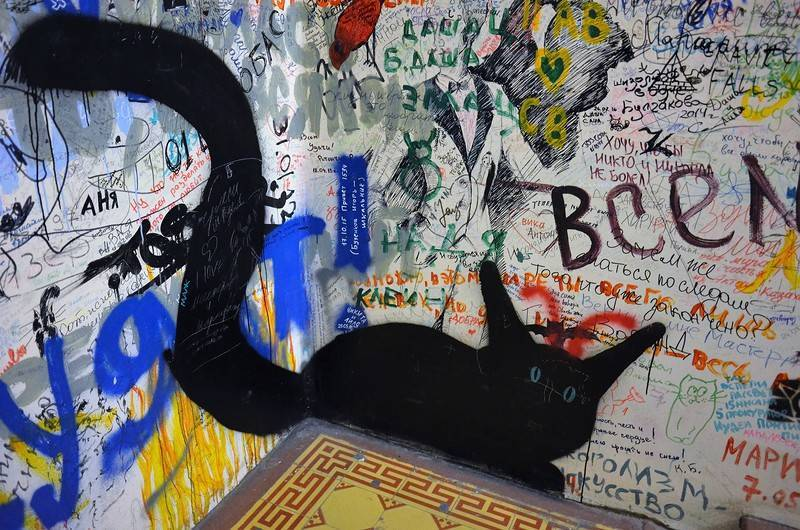 The 19th and 20th centuries represent one of the most turbulent ages in Russian history. It is a period of dramatic transformations in the political, socio-economic, and cultural spheres, witnessing the demand for justice and emancipation, growing impulses of modernization, radical upheavals in social organization, and the tension between idealism and authoritarianism in the enormous challenges that the conquest for social enfranchisement, political freedom, and the liberation of consciousness bring about. In Russia, literature and art played a central role in these transformations, both as an archive of a unique historical age but also as an active field for the generation and contestation of social meaning.

In this course we will study a few masterpieces of Russian literature (from the work of Gogol, Dostoevsky and Tolstoj to Chechov, Pasternak, Solzhenitsyn and Bulgakov) and some of the most innovative artworks and films of this time (e.g., Eisenstein). We will read some of these texts in their entirety and others only selectively in order to gain an understanding of the cultural ecology that the literary and artistic world constructs in the transition from imperial Russia to the Soviet Union. The theme of the revolution will loom large in our discussions but it will not be confined to the historical ‘event’ of the Soviet Revolution. It will also be approached from the perspective of the cultural energies that punctuated the social world of imperial Russia—with its roots in land, nature, and religion but also a taste for the grotesque and the fantastic. It will provide an entry point for understanding the innovative theorization on language and society which characterizes many schools of criticism of this time (formalism, psychologism, the Bakhtin circle, Marxism, and semiotics), the field of aesthetics, and the important contributions of the avant-gardes at the beginning of the 20th century, including the discussion of how anarchism and constructivism sought to remake the world. Particular attention will be paid to the philosophies of language of Mikhail Bakhtin and V.N. Voloshinov.

Classes will start with the reading of Gogol and Dostoevskij. Seminars will comprise three hours in class and one hour in online activities.

This course will appeal to students who are interested in historical and critical approaches to literature, art, and film and in the relation of politics to art and language.

Through in-class discussions and a range of written assignments, students will be able to sharpen their critical skills, and, at the end of the course:

Canvas (provided by instructor): Gogol’s short stories “The Nose” [1836] and “The Overcoat” [1842]; Dostoevskij’s “The Grand Inquisitor” from The Brothers Karamazov [1880]; Tolstoj’s short story “Master and Man” [1895] and a selection from War and Peace [1866-69]; poetry by Anna Akhmatova, Mayakovsky, and Marina Tsvetaeva; Eisenstein’s montage in film; excerpts from articles on ideology, philosophy of language, and culture; art selection from Russian Futurism and Anarchism to the Soviet Age.

TEACHING AT SFU IN SPRING 2022

Teaching at SFU in spring 2022 will involve primarily in-person instruction, with safety plans in place.  Some courses will still be offered through remote methods, and if so, this will be clearly identified in the schedule of classes.  You will also know at enrollment whether remote course components will be “live” (synchronous) or at your own pace (asynchronous).

Students with hidden or visible disabilities who may need class or exam accommodations, including in the context of remote learning, are advised to register with the SFU Centre for Accessible Learning (caladmin@sfu.ca or 778-782-3112) as early as possible in order to prepare for the spring 2022 term.