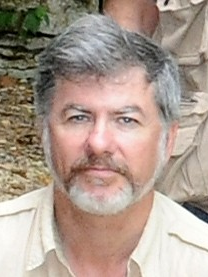 Though I am broadly interested in hominin evolution and the whole of the Palaeolithic/Stone Age period, my research has mainly been focussed on Neandertals and the Middle Palaeolithic of Western Europe and for over 20 years I have been directing the excavation of some of the most historically important Palaeolithic cave sites in Southwest France, including: La Ferrassie, Pech de l’Azé, and Roc de Marsal, and in Morocco at Grotte des Contrebandiers. Over the years I have worked closely with a number of colleagues from the France, Spain, Germany, Portugal, and United States. Photos and descriptions of our projects can be found at: www.oldstoneage.com

My main area of expertise is lithic analysis and I would very much like to explain the variability in Neandertal stone tools that is apparent over the course of their 200,000+ year existence. I would like to know why their stone tool technology changed through time, why it varies geographically, and how and why their technology differed from that of contemporary and later modern humans.

I would also like to better understand Neandertal mortuary behaviour: whether they intentionally buried their dead or not and if this was a regular and important part of their behavioural repertoire. The debate about whether Neandertals buried their dead or not has been going on for over a century. I talk about the reason for this in this presentation: www.youtube.com/watch?v=1eusfSg2edg.

I am also heavily focussed on better understanding Palaeolithic use of fire. We know that while Neandertals certainly did use fire at some times and in some places, they did not use it all the time: especially during very cold climatic periods. I would like to know why this is and how they were adapting to harsh ice age conditions without the use of fire. Towards this end, my colleagues and I have been developing an innovative, lab-based, micro-excavation technique based on a cyclone vacuum system that deposits sediment samples directly into sterile glass vials to be sent to various analytical specialists. This facilitates the application of geochemical analyses: the identification of large lipid and protein molecules (such as Policyclic Aromatic Hydrocarbons associated with fire and DNA) that can survive for tens of thousands of years in site sediments and that are directly associated with past people, their behaviours, and the environment they were living in. Such approaches significantly improve the nature and quality of the data archaeologists have access to for better understanding things like the nature of Prehistoric fire use. You can see photos and a description of our micro-excavation lab setup in SW France here: www.oldstoneage.com/pivl8/index/