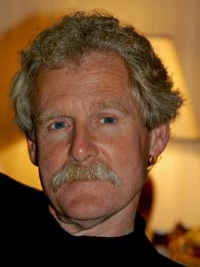 I am interested in just about anything to do with human biology from the present or past. However, I have chosen to work in paleoanthropology, forensic anthropology and archaeology, dental anthropology including nonhuman primates, and paleopathology. As a result these are the areas in which I feel most comfortable supervising graduate students. My current graduate students are working on mass graves in Bosnia, malaria in orangutans, dental defects in hominoid teeth, skeletal biology of ancient remains from the Pacific Northwest Coast, and seasonal stress in bonobos.

I have maintained a long term research program into "enamel hypoplasia"; a methodological tool that is suited to the overwhelming prevalence of teeth in the fossil and prehistoric record. This tool informs me about physiological well being during childhood development. We have shown that various kinds of enamel hypoplasia reveal interesting biosocial events in humans, apes and human ancestors; e.g., insufficient bone mass in the faces of malnourished ethnic minorities in Vancouver as well as in large apes-especially orangutans; high levels of semi-annual, presumably seasonal, stress in African and Asian apes; and severe pre-weaning stress in children from the Upper Paleolithic. I have chosen to work with immature fossil hominines and have shown that Neandertal mothers introduced solid food to their infants a year later on average than did anatomically modern mothers from the Upper Paleolithic. Reduced birth spacing in the latter group may explain their ascendancy.

Since 1978 I have assisted Canadian law enforcement agencies with the field recovery of (semi)skeletonized human remains from crime and non-crime contexts. In 1982 I became the first Canadian board-certified Diplomate of the American Board of Forensic Anthropology and introduced the first course in Canada in forensic anthropology in 1983. Simon Fraser University and my department have committed themselves over the years to promoting forensic archaeology at crime scenes. By the end of 2003, I have been consulted in Canada on 345 instances involving 139 forensic cases of which 55 were homicides. Six years ago I began to undertake forensic anthropology internationally. I have investigated allegations of mass graves in Afghanistan, Bosnia, Serbia and East Timor for various NGO's and the United Nations. In 2002 I received the Bora Laskin National Fellowship in Human Rights Research to analyse current protocols for the exhumation of mass graves.

I am studying seasonal stress, as shown by repeated episodes of linear enamel hypoplasia, in fossil apes from Spain, Hungary, China, Vietnam and Sumatra spanning the Mid-Miocene to Late Pleistocene. We hope to evaluate the impact of increasing seasonality on changing levels of ape abundance and diversity. Also we are continuing to promote graduate research into forensic anthropology and archaeology domestically and internationally. Specifically, we are seeking support to investigate an alleged mass grave in East Timor dating from 1991.