Small Number and the Old Canoe-Gitxsan

Illustrated by Simon Roy, Victoria, BC

Small Number is a five year-old boy who gets into a lot of mischief.

He lives with his Grandma and Grandpa, who patiently put up with his antics most of the time.

Today, Grandpa needs to finish carving a feast dish and decides that Small Number should go out and play with his friends.

It is a beautiful, sunny, spring day, and they (the boys) run down to play near the water.

Everything they see sparks a new game (play), and Small Number’s friend Big Circle says the winner will be whoever throws the stone farthest. 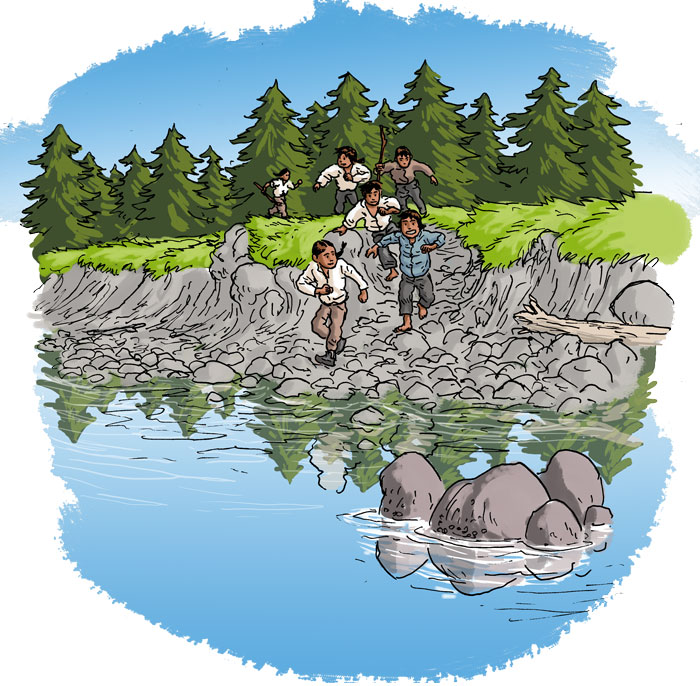 Big Circle suggests they see who can make a stone skip the farthest on the surface of the water. 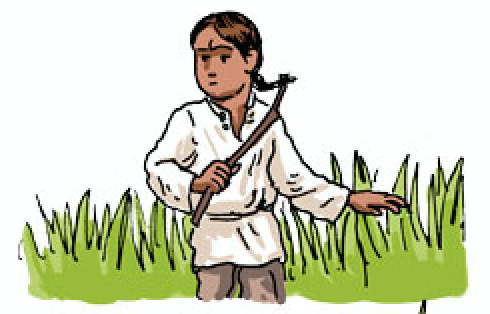 The boys quickly learn that for a stone to go far it needs to be smooth, flat, and oval shaped.

Small Number wanders far along the shore looking for a winning stone. (smooth, flat, and oval)

He scrambles through tall grass and trips (over something), falling headfirst into an old canoe hidden (in the grass). 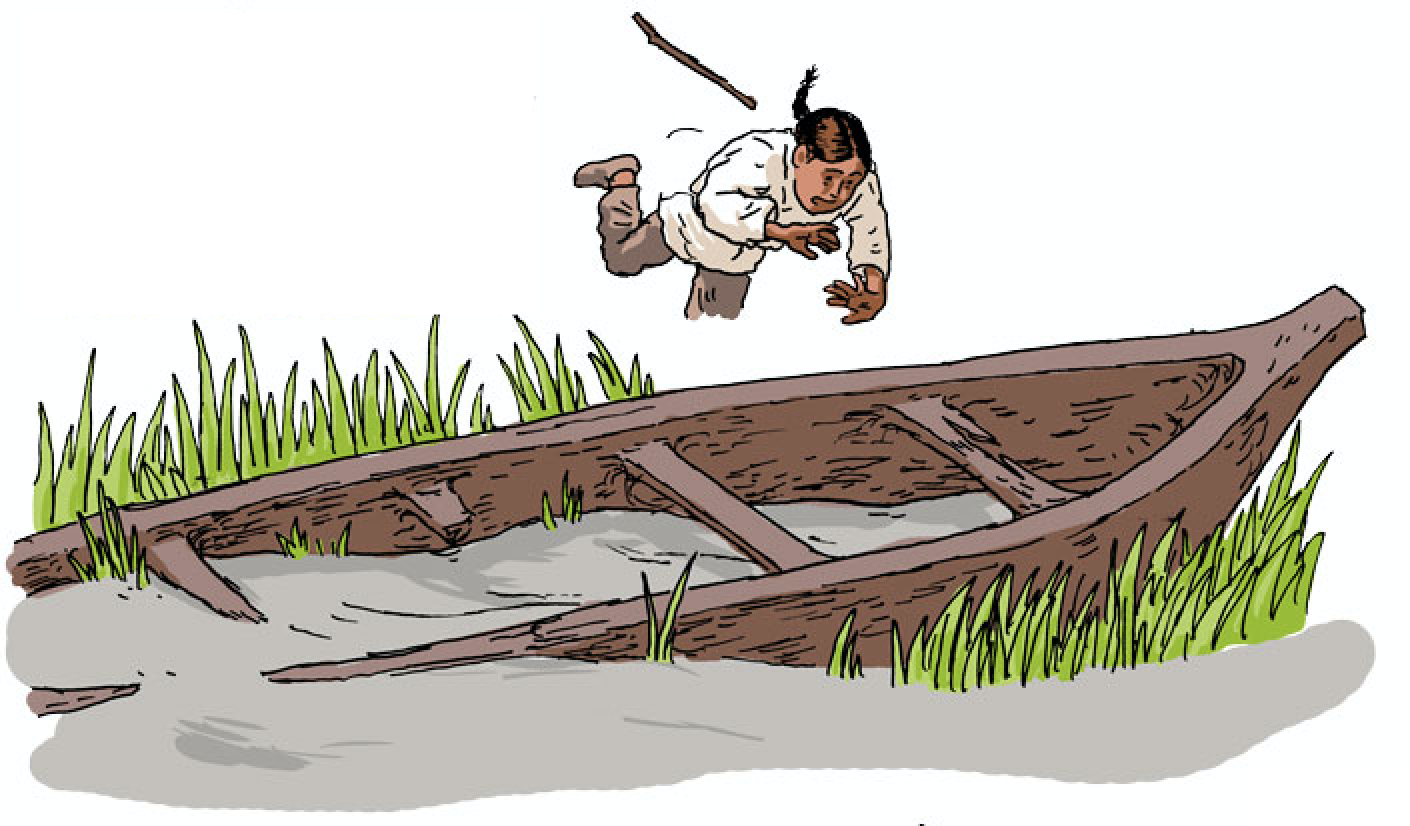 Small Number stands up, rubbing his forehead as he looks around at the canoe.

Even though his head hurts, he is very excited at his discovery (of the old canoe) and he calls out to his friends, who come running. 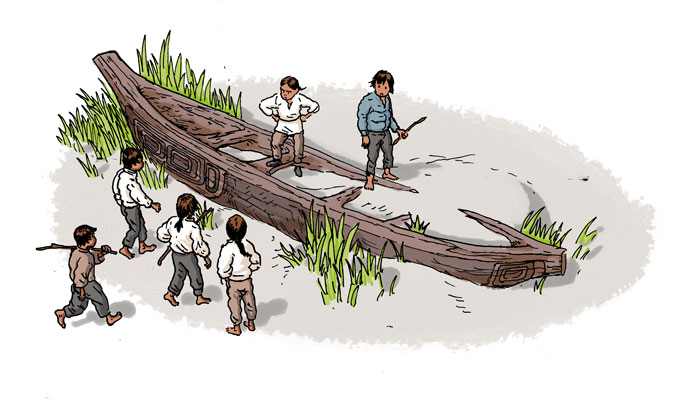 The boys stand around the canoe, running their Hands along its smooth shape.

It looks very old and very big to them.

Small Number asks, “How many people do you think it could hold (in the canoe)?” 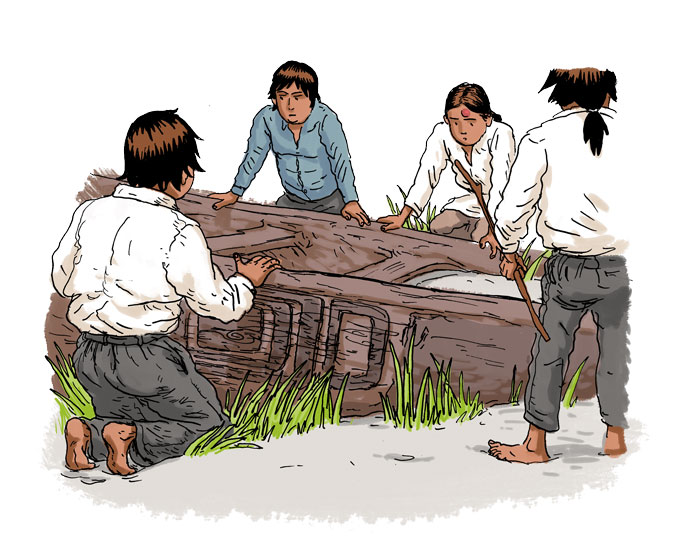 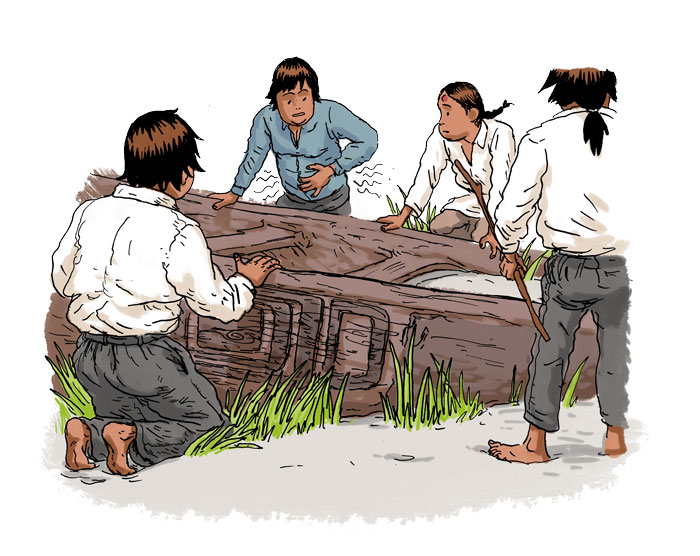 Big Circle asks, “How many generations (years) ago was it built?”

The boys forget their previous game (of throwing the rock) and spend a long time talking about the canoe and who might have used it.

As they are talking, Big Circle’s tummy starts to growl. “I’m hungry. Let’s go eat.” he says to his friends.

The other boys realize they are hungry too, and they all run back to the village. 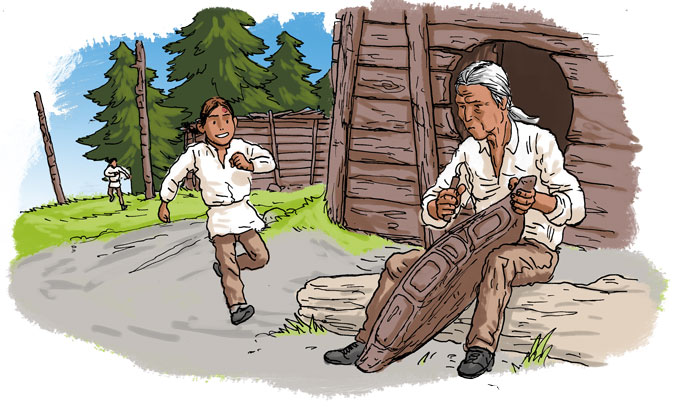 Small Number races home, where Grandpa is carving the surface of a huge wooden dish.

Small Number is shouting excitedly and Grandpa looks up. “What happened?!” Grandpa asks.

Small Number has forgotten that he bumped his head and starts to tell Grandpa about finding the (old) canoe: 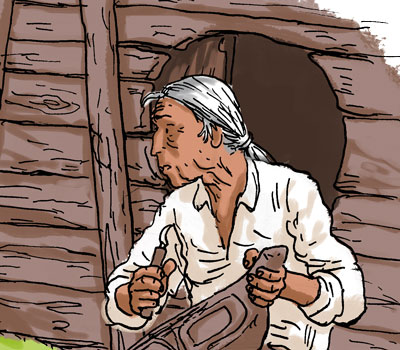 “I found an old canoe down on the beach! It must be at least a hundred years old!”

Grandpa smiles. “I know that canoe. It was once the fastest canoe in our village. It was built by my father and two of his brothers.” 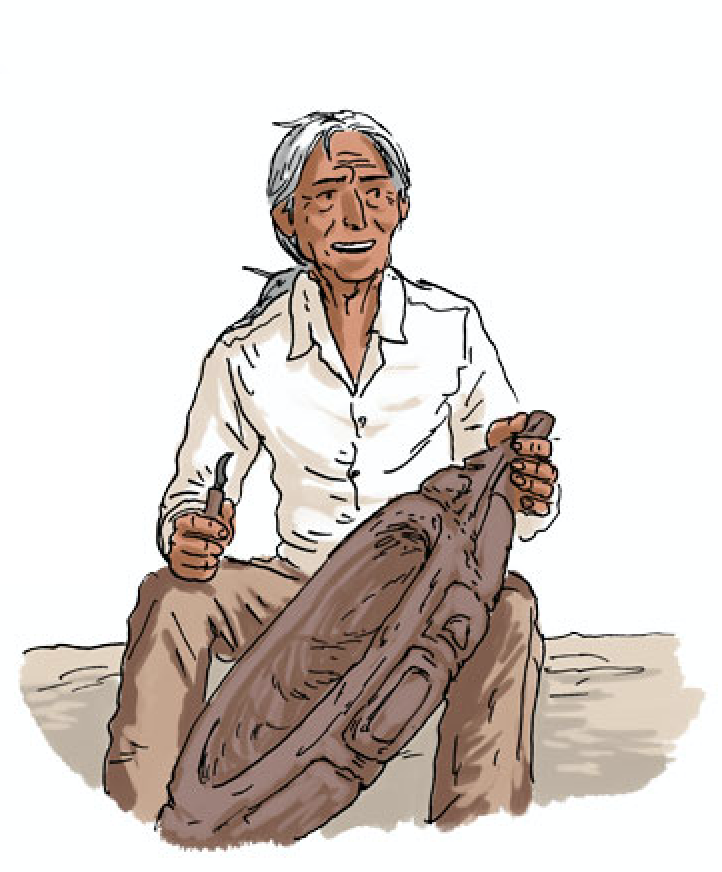 Grandpa proudly continues, “All the sons of my grandfather were known as great wood carvers.” 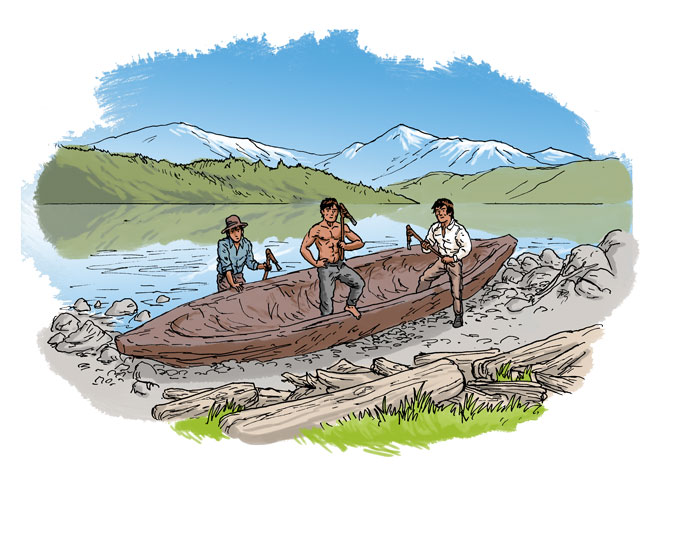 “You know those three old totem poles in front of the longhouse? Each of them (totem poles) was built by one of my uncles.” 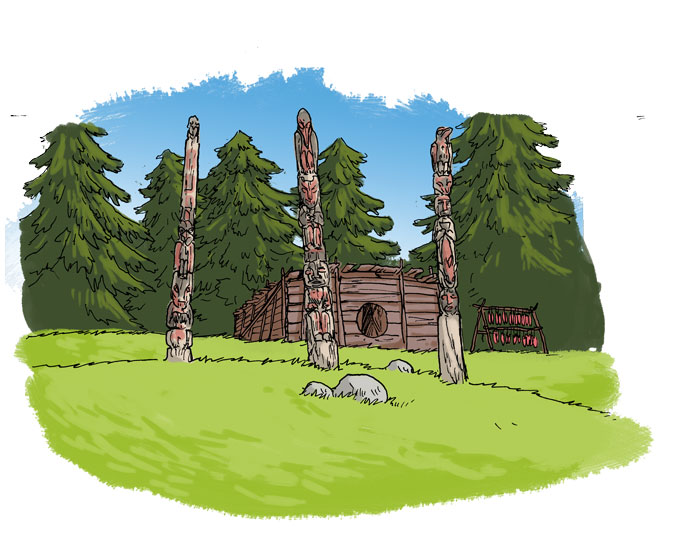 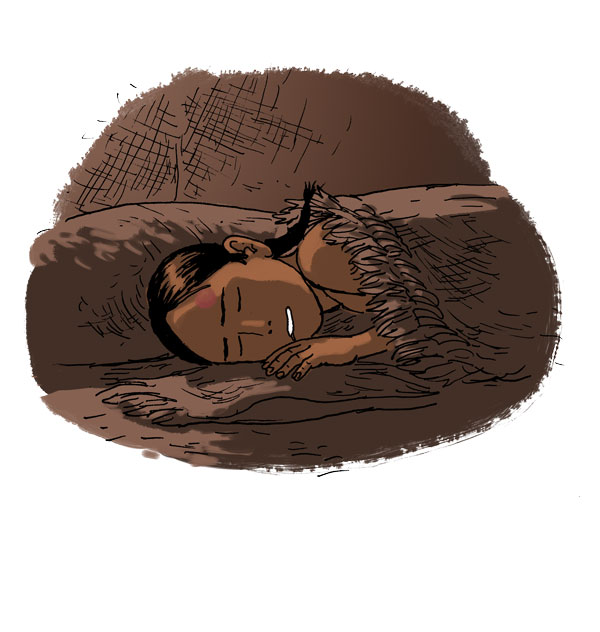 That evening, just before falling asleep, Small Number thought, “I’d like to build canoes and totem poles just like my ancestors. I have to ask Grandpa tomorrow how many brothers his father had. Two, three, four, five or more…”

Question: Why did Small Number think that his great-grandpa might have two, three, four, five or more brothers?

Director: Andy Gavel, Vancouver, BC, and Aidan Wright, Victoria, BC