The Philosophy Department is proud to announce that Professor Endre Begby has been awarded a 2022 SSHRC Insight Grant for his project "From belief polarization to echo chamber construction: epistemic rationality in antagonistic information environments". What follows is a brief description of the project and its relationship with some of Bebgy's previous work:

In contexts where we can assume that agents largely share aims and values, traditional norms associated with public discourse (such as “deliberative democracy”) can be enormously powerful tools. But it’s becoming increasingly clear that many citizens of modern-day democracies don’t see themselves that way. Instead, they often define themselves in opposition to others that they see as holding conflicting values and beliefs. As a result, discourse between these groups is often seen as antagonistic rather than collaborative. Rational belief formation in such antagonistic information environments may require different norms than we would ordinarily look to in more collaborative contexts. Many of the problems that we currently observe in public discourse — such as a tendency toward “belief polarization” — may well be thought to embody a form of “collective irrationality.” But it doesn’t follow, Begby argues, that individuals whose behaviour is contributing to such polarization are acting irrationally in their own right.

As part of the project, Begby hopes to develop a clearer understanding of the norms of “collective epistemology” (i.e., epistemic rationality at the level of groups, not just individuals) and also to develop a systematic account of the epistemological requirements on public institutions (a project that was only hinted at in his previous book on the epistemology of prejudice). 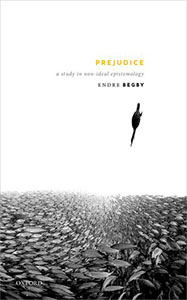 Prejudice: A Study in Non-Ideal Epistemology

The project is initially pitched as a 3-year grant, much of which is earmarked to providing research opportunities for several of SFU Philosophy’s many excellent MA students.

For an early look at the project, see Begby’s recently published article “From Belief Polarization to Echo Chambers: A Rationalizing Account.”