Linguistics Beyond the Classroom Walls

Like most of the population at SFU, Professor Trude Heift and her students had quite an interesting end to the Spring 2020 semester. However, the students of Linguistics 480 – Language Learning and Technology, a class highlighting the ways that language learning can move outside of the traditional classroom, were able to interact with the topics they had been discussing all semester on a much more personal level in the abrupt shift from in-class to online learning.

Throughout the semester, students in Linguistics 480 reviewed different language learning apps and discussed how those apps fit into the broader theoretical context of language learning. For their final projects, students were required to design a piece of technology, such as a mobile app or a video, and place that technology in its theoretical context for the rest of the class. 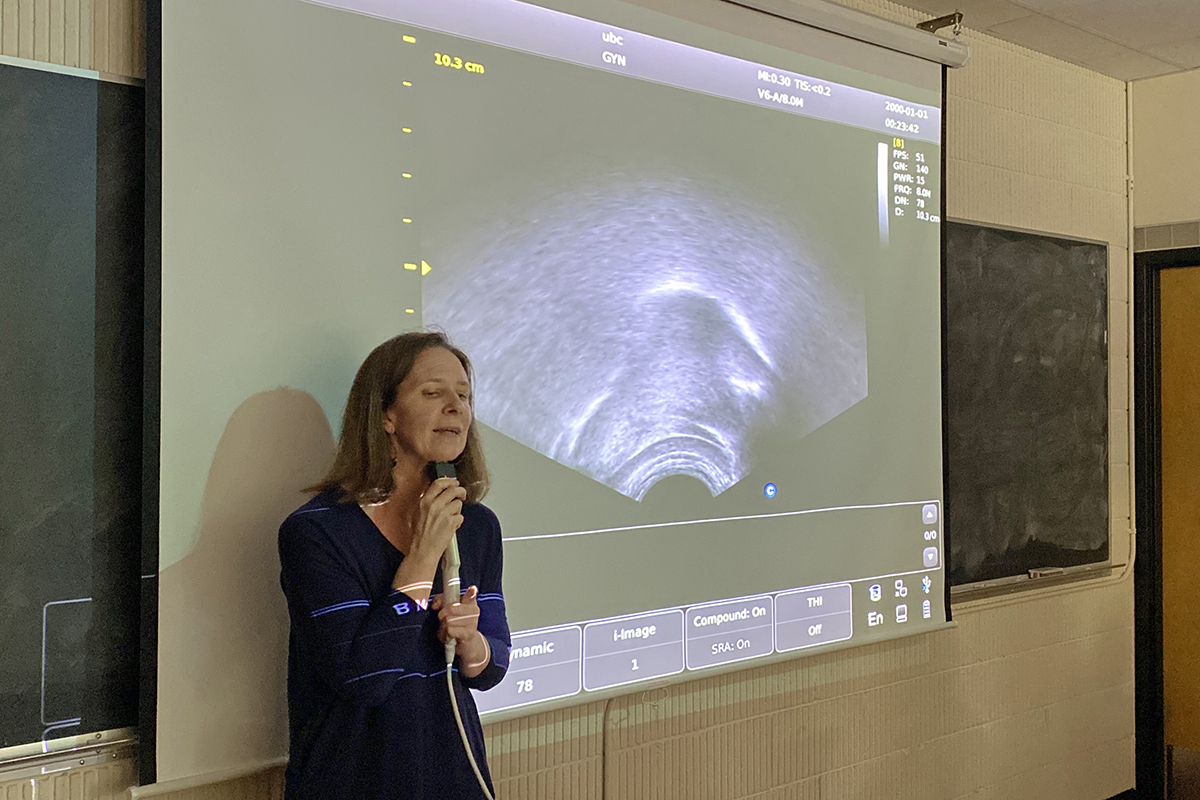 In addition to looking at language apps, Heift introduced the students to a variety of different technologies that are being used in language learning. Lecturer Heather Bliss was invited to show the class how ultrasound technology has been used at the University of British Columbia for indigenous language teaching. The students also got to see how Virtual Reality headsets can be used in language learning thanks to a visit from Dr. Anne Rimrott.

With the shift to online learning in March 2020, Heift’s class was given the unique opportunity to put into practice the idea of learning outside the traditional classroom that they had been discussing all semester. The students were able to shift their discussions and final presentations online without too much difficulty. By spending an entire semester looking at learning beyond the classroom walls, the students were able to better evaluate how the shift to online learning affected them and even think about how online learning could be improved.

“With the background in language learning and technology it helped me understand the motivation behind some of the choices made in my classes to facilitate online learning,” said one student, “However, it also showed how some things benefit from face-to-face learning and made apparent some of the improvements that could be made with the technology as well.”

Heift’s class was featured earlier this year in a documentary produced by Fairchild TV, a Canadian Cantonese specialty channel. The documentary looked at the use of mobile applications in language learning. Both Heift and her students were interviewed for the documentary giving an in depth look at the way the class is run and how different pieces of technology are being used by the students themselves.

If you are interested in learning more about this course, the course outline can be found here. The next offering of Linguistics 480 – Language Learning and Technology will be in Spring 2021.

What advice do the current students have for anyone thinking about taking this class in Spring 2021?