Two weeks in Belize: A student's learning experience outside her comfort zone

Like most students her age, Linguistics major and Psychology minor student Lauren Jang wasn’t sure what she wanted to do as a career path. However while doing research on speech disorders for her LING 290 class project, Jang found her calling when she stumbled upon a documentary video of a mother filming her daughter's progress through speech therapy. The video struck a chord with Jang and it inspired her to pursue speech language pathology as a career path in order to help children with speech conditions.

While Jang was on the right path—in the process of completing a Certificate in the Linguistics of Speech Science and Certificate in TESL Linguistics—she felt that she needed to enhance her skill set one step further.

"I signed up for Therapy Abroad because it seemed like an experience that would directly complement my aspirations in the field of speech therapy," says Jang. 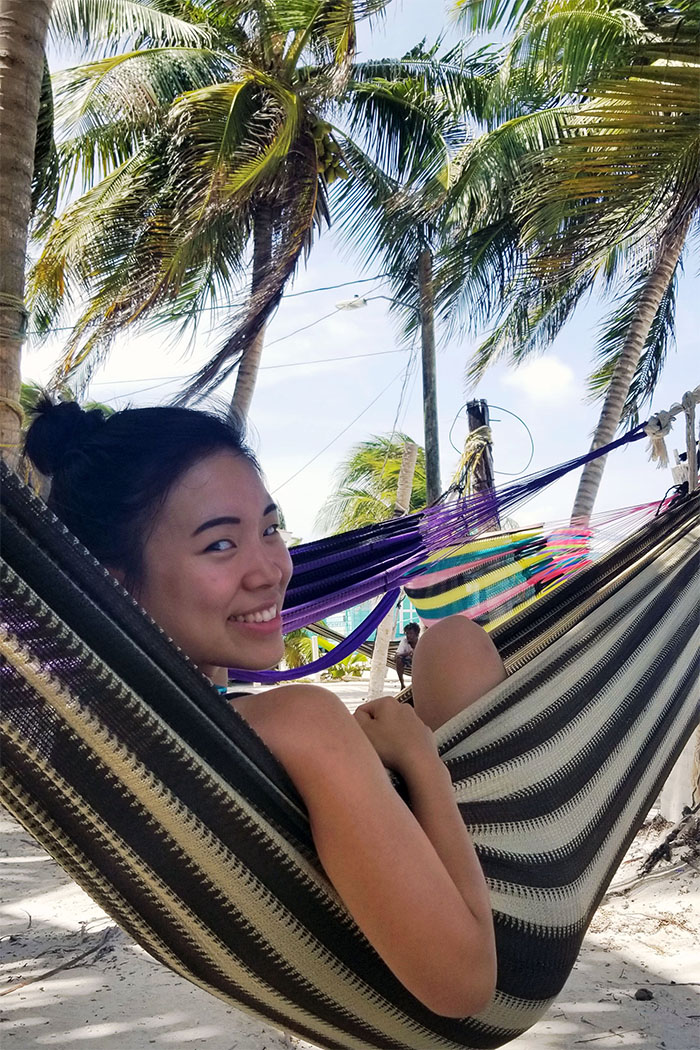 The two-week study abroad program in Belize with Therapy Abroad presented an opportunity for Jang to gain clinical hands-on experience in speech language pathology and audiology.

On top of that, Jang was also busy brushing up her knowledge on speech and language disorders, applied behavior analysis, and special needs in multicultural environments with speakers of English as a second language.

Jang found that she was able to apply the knowledge and concepts from the linguistics courses she took at SFU—namely LING 290 (The Science of Speech), LING 330 (Phonetics), and LING 350 (First Language Acquisition).

"I was not at all ready for what they demanded of me, for the amount of hands-on experience I would get, or the tasks I would be required to perform,” says Jang “But in that way I learned so much in just those two short weeks.”

Although the work was challenging, Jang found it to be a rewarding experience—from snorkelling with manatees and nurse sharks in the waters of Caye Caulker to seeing results in the children she worked with at the literacy camp.

The experience has also cemented Jang's resolve to pursue speech language pathology and she plans to apply for a master's program in Australia after graduation.

"This was the most challenging thing I’ve done in a while, but it didn’t turn me off. I can confidently say that I’m in the right field.”

SFU Study Abroad assist students in engaging in international opportunities, such as exchanges or field schools. They provide support for students with their applications and credit transfers, and help them seamlessly transition into their international experience.