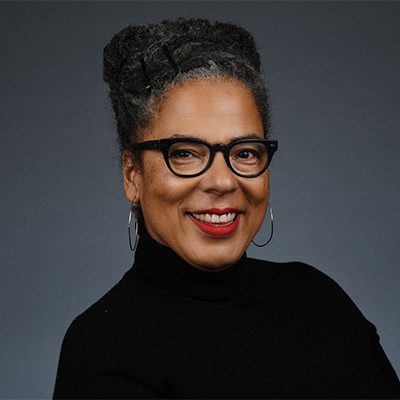 Vanessa Richards, born in Vancouver, is an artist and facilitator. Her work focuses on creativity and participatory culture as central in the civic imagination and positive social transformations. As an arts-based engagement facilitator, she has devised and delivered initiatives with universities, unions, cultural organizations and health care providers.

Educationally, Vanessa earned an MPhil in creative writing at Cardiff University and has continued formal and informal training in community music, equity and urbanism.

One of her pleasures is to advance imaginative thinking across disciplines. Towards that, Vanessa has sat on a number of advisory committees, including the RADIUS Fellowship at Beedie School of Business SFU, Kwi Awt Stelmexw Language + Arts Society for the Squamish People, the City of Vancouver Black History Month Citizen’s Advisory, and the Hogan’s Alley Working Group. She is a volunteer mentor for two Black youth cultural co-operatives, Ethọ́s Lab and Afro Van Connect, and a producer/facilitator for the Social Venture Institute with Hollyhock Leadership Institute.

In performance Vanessa has worked in music, film and television. For her theatre work, she has been nominated for a Jesse Richardson Theatre Award. As an artistic director she’s devised public celebrations and arts education programs with the Arts Club Theatre Company, Emily Carr University of Art + Design, Capilano University, Portland Hotel Society and the Vancouver International Children’s Festival, in addition to premier venues in the U.K.

Her poetry and critical works have been anthologized in the U.K., the Netherlands, the U.S. and Canada. She is the founder and song leader of a drop-in community choir open to all voices, and Creative Together is her voice-based facilitation process, which you will experience.

For her work in community engagement, Vanessa was the 2018 recipient of the City of Vancouver’s Mayor’s Achievement Award.

She believes in you.