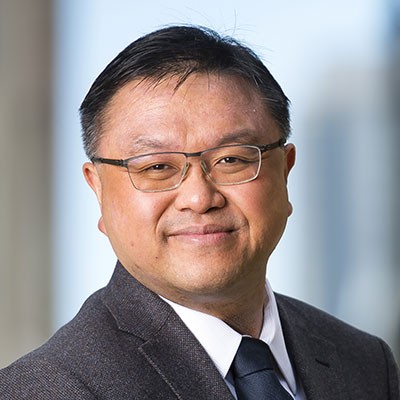 Andy Yan is the director of the City Program at Simon Fraser University.

Andy holds a master of urban planning degree from the University of California – Los Angeles and a bachelor of arts with first-class honours distinctions in geography and political science from Simon Fraser University. He is a registered professional planner with the Canadian Institute of Planners and a Certified Geographic Information Systems Professional.

In academic service, Andy is an adjunct professor in urban studies at Simon Fraser University. He is currently a co-applicant on one and a collaborator on two successful grants from the Canada Mortgage and Housing Corporation (CMHC) / Social Sciences and Humanities Research Council (SSHRC), as well as the 2022 Lambda Alpha International research grant.

In community service, he is a current member of the board of mirectors for the Planning Institute of British Columbia and the City of Burnaby’s Zero Emission Buildings Taskforce. He has served as an expert for the Canada Mortgage and Housing Corporation Housing Supply Challenge Program, and as a jurist for the Lieutenant Governor’s BC Journalism Fellowship and Real Estate Foundation of BC’s Land Awards.

Andy’s work has been featured in a number of local, national and international publications, both in print and online, as well as academic venues. Media outlets where Andy has appeared include BNN, BC Business, Business in Vancouver, the national and local editions of the Globe and Mail, the Georgia Straight, the Huffington Post, MacLean’s, Ming Pao, North Shore News, the Province, Sing Tao, Squamish Chief, Surrey Now-Leader, Ming Pao, the Tyee, the Vancouver Courier, Vancouver Magazine, the Vancouver Observer, the Vancouver Sun, Walrus Magazine, and Yahoo News.

He has also served as an expert witness on housing to the British Columbia Supreme Court and the House of Commons Standing Committee on Finance.

Andy has received both the Planning Institute of British Columbia’s award for Leadership in Advocacy and Innovation and the Royal Architectural Institute of Canada’s Advocate for Architecture award. He was also the recipient of the 2018 Simon Fraser University President's Media Newsmaker of the Year Award.