Vaccine immunologist and health sciences professor Ralph Pantophlet has been busy over the past year. Throughout the COVID-19 pandemic, he has used his expertise in infectious diseases to add to the understanding of the virus and its vaccine treatments.

In May, he was named scientific director of SFU’s re-certified Containment Level 3 Lab, one of the few government-approved biosecure facilities in Canada based at an academic institution. With 20-plus years studying microbial pathogens and researching vaccines, Pantophlet continues to make an impact in the field of immunology, microbiology and vaccine development.

One of Pantophlet’s research focuses is working towards a vaccine for HIV – the virus that causes AIDS. While effective therapies have been developed to manage the disease, the AIDS epidemic is still rampant in many parts of the world. Based on estimates from the World Health Organization, there were roughly 1.7 million new HIV infections in 2019, the most recent data collected, and over half a million people died from AIDS or related complications.

Pantophlet is one of many scientists worldwide pursuing an HIV vaccine. He has just released his latest study on these efforts: A glycoside analog of mammalian oligomannose formulated with a TLR4-stimulating adjuvant elicits HIV-1 cross-reactive antibodies.

One of the challenges to creating an HIV vaccine – and a challenge also seen with COVID-19 and influenza – is the evolution of diverse virus strains. There are thousands upon thousands of known HIV variants. To address this, it is believed that an effective vaccine will have to elicit antibodies that can block infection from a variety of strains.

The first step was identifying sites on the HIV spike protein that are largely similar (i.e., invariable) across strains. Over many years, researchers have identified several such sites that could be targeted by a vaccine. The next step is to trigger the body’s antibody response to attack the HIV spike at those specific sites.

Training one of the body’s tiny armies

Antibodies are a tiny tactical army of soldiers that bind to and destroy foreign invaders in the body. They are adaptive and learn to recognize and respond to threats. The tricky thing about HIV is that its spike protein has evolved a covering of sugar molecules. This sugar coating prevents antibodies from reaching the virus while enabling it to persist in the body. Many viruses do this – coronavirus protein spikes, for example, are also covered partly by sugar.

Pantophlet’s published research aims to target this protective barrier, a consistent characteristic across many HIV strains. Using a chemically modified sugar molecule (the glycoside analog) he hopes to trick the immune system into manufacturing an antibody that will attack the sugar molecules on HIV. “We want to engineer a molecule that the body sees as foreign, thus evoking a [vaccine-induced] immune response, but that also resembles [the sugars on] HIV closely enough that the antibodies will target them. This is the challenge,” he says.

In his recent study, the binding results were promising and the analog, the modified sugar molecule, showed potential. The next steps are to investigate adjustment to the current formula to improve on the desired antibody response. And Pantophlet is not working alone. Researchers around world are pursuing various aspects of this research. “I would say we are inching closer,” says Pantophlet. “One of the complications is that there is such a diversity of strains. And because there are so many variations of the virus, some aspects remain a trial and error process.” 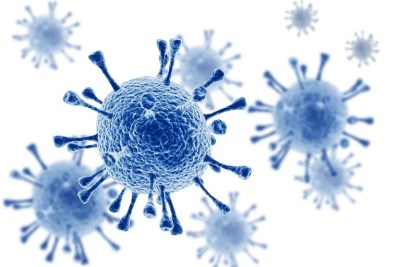 HIV-related research and technology has helped inform the response to the COVID-19 virus. Vaccine development was initiated by determining the genetic code of the COVID-19 spike protein, and previous HIV research along with insight from past research on SARS-CoV and MERS-CoV enabled molecular engineering of the spike protein molecule so that it remained in a stable form when delivered as a vaccine.

COVID-19 research could in turn prove an asset in the development of a vaccine for HIV. For example, although mRNA technology existed prior to the pandemic, it had not been proven for vaccines. Questions about the application, delivery and storage of mRNA-based vaccines are now better understood, and researchers are better equipped to use it in other areas.

In Pantophlet’s lab he will continue the quest for an HIV vaccine, by engineering molecules that will stimulate desired antibody responses to protect against the many strains of HIV. Scientists around the world are working towards the same goal – creating, testing, reviewing results, making improvements and trying again.

“This desired response is the ‘holy grail’ of our HIV-related research,” says Pantophlet.

“It’s encouraging to look at the collaboration and innovation that helped deliver the COVID vaccines. And it provides renewed optimism in the development of a vaccine for HIV.”

Research in the Pantophlet Lab is supported by operating grants from the Canadian Institutes of Health Research (CIHR) and the National Institute of Allergy and Infectious Diseases (NIAID) of the United States. Dr. Pantophlet has been supported by a Career Scholar award from the Michael Smith Foundation for Health Research (MSFHR) in British Columbia. Funding for the development of lab infrastructure has been secured from the Canada Foundation for Innovation (CFI) and the British Columbia Knowledge Development Fund (BCKDF) of the B.C. Ministry of Jobs, Trade and Technology.

Embedding climate action into everything we do