When an undergraduate program in musical theatre didn't hold Laura Dand's interest, she dropped out of university to explore Ireland, where she continued to take elective courses in hopes of finding her career direction.

"I had changed my mind so many times that I felt lost about what to do with my life, " recalls Dand. "Then I stumbled upon my first linguistics course in Ireland, and everything just fell into place."

Dand returned to Canada, choosing SFU's linguistics program for its flexibility and esteemed reputation for research. 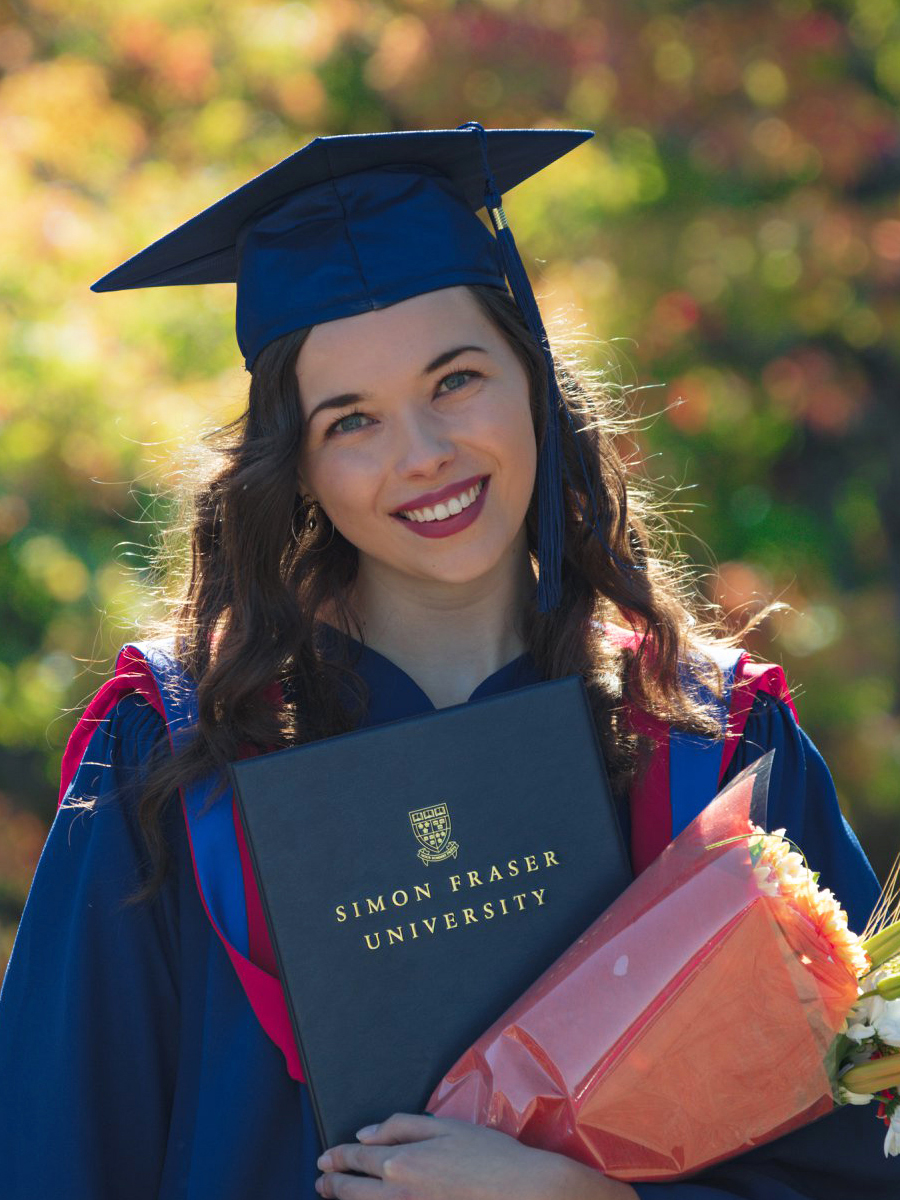 "The quality of instruction and the diversity of courses allowed me to explore and find the areas in my field that I truly love, " she says.

She set her sights on becoming a speech-language pathologist (SLP) and began tailoring her degree to optimize her acceptance to graduate school.

Dand worked as a research assistant in two linguistics research labs, and volunteered to help stroke victims restore their speech and language. She also pursued a minor in learning and developmental disabilities and a certificate in the linguistics of speech science.

The hard work and engagement paid off. The BA linguistics alumna is now in the final year of a highly competitive master of science program in speech-language pathology at the University of British Columbia.

Dand also credits her instructors' mentorship for helping her achieve her career goal.

"The mentorship I received was paramount in helping me realize my potential," says Dand. "SFU handed me the tools I needed to succeed, and this allowed me to be confident in my skills and put my best self forward."

She says the university played an important role in shaping her identity as a young professional and future clinician.

"I am excited to move forward and give back to the community that has nurtured me."

Image courtesy of the Swallowing Innovations Lab at the School of Audiology and Speech Sciences (UBC). Photographer: Chris De Groot