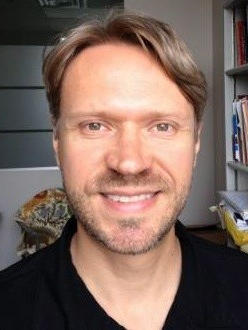 His 2019 monograph Movement-Driven Development: The Politics of Health and Democracy in Brazil (Stanford University Press) is available for purchase here. The book and a series of articles offer statistical analysis and a comparative-historical explanation for how activists from a social movement known as the Movimento Sanitário helped reduce infant and child mortality by over 70% in urban Brazil after 1988.  The project dialogues with sociological theories of civil society, development, and state-building by analyzing qualitative and quantitative data produced during over two years of externally-funded fieldwork.  This work draws on support from the Mellon Foundation/American Council of Learned Societies (ACLS), the National Science Foundation (NSF), the Fulbright Commission of Brazil, the Inter American Foundation (IAF), and a President’s Research Startup Grant from Simon Fraser University.

In quantitative work on the South Indian state of Kerala, his research traces expanded state provision of public housing and sanitation to women’s participation in a local direct democratic institution called the gram sabha. Published in American Sociological Review, these findings about the developmental contributions of women’s participation – and the absence of support for longstanding explanations – address sociological theories of development by contributing a new account of redistribute direct democracy in the global South.

In qualitative, comparative work on rural Indonesia, he and his colleagues have addressed how women and historically marginalized ethnic groups use direct democratic institutions to engage elites in the local politics of development projects. Findings from this collaborative research have appeared in publications including Studies in Comparative International Development.