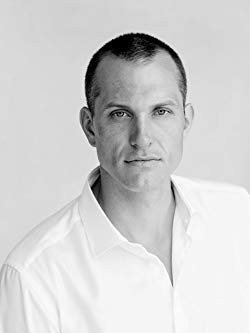 Jason Stearns is a political scientist interested in dynamics of violence and other forms of social mobilization in Africa, with a particular focus on the Democratic Republic of the Congo. This research has also led him to scrutinize the impact––or lack thereof––of UN peacekeeping, international advocacy, and humanitarian relief operations on armed conflict.

Since 2001, Jason has been focused on better understanding the factors contributing to armed conflict in the Congo. He has worked for Héritiers de la Justice, a Congolese human rights organization, the International Crisis Group, the Rift Valley Institute, the United Nations peacekeeping mission, and Yale University. In 2008, he was coordinator on the United Nations Group of Experts on the DR Congo. In 2010, he published Dancing in the Glory of Monster: The Collapse of the Congo and the Great War of Africa (Public Affairs), a narrative history of the Congolese wars between 1996 and 2006. He is currently finalizing another book on conflict dynamics since 2006, to be published by Princeton University Press in 2020.

In 2014, Jason founded the Congo Research Group, which has been based since then at New York University's Center on International Cooperation. CRG's mandate is to conduct investigative research into armed conflict in the Congo, to promote Congolese voices in debates around their country, and to render Congolese and foreign policy on the conflict more accountable and transparent. CRG has published over a dozen reports, including investigations into massacres in Beni territory and the Kasai region, an examination of the assets and investments of President Joseph Kabila's family, and a series of nationwide political opinion polls. CRG also co-manages with Human Rights Watch the Kivu Security Tracker, a website that plots violent incidents in North and South Kivu provinces.

Jason sees contentious politics––ranging from armed rebellions to youth movements––as closely tied to the broader social, economic, and political trends in society. He is currently researching how recents transformations in subsaharan African countries have changed the way its citizens mobilize. For example, he is interested in understanding how dramatic urbanization, the privatization of the state, the rise of China, and oscillation in foreign aid have affected the forms and patterns of contentious politics––both peaceful and violent––that we can see on the continent. Jason sees the role of ideology and culture as vital to these dynamics and is examining how the end of the Cold War has shifted how citizens articulate their vision of a just society.

“Rethinking the Kivus crisis: Armed Mobilization and the Logic of the Transitional Government,” Politique Africaine, 129 (1) .

Jason has also published numerous policy reports for the Congo Research Group, the Rift Valley Institute, and the International Crisis Group, as well as opinion and news articles in the New York Times, the Washington Post, the Financial Times, the Economist, the Boston Globe, the Wall Street Journal, and Foreign Policy.