Temple Grandin, Autism Acceptance and Why it’s Awesome to be Autistic in STEM

April is Autism Awareness Month, and April 2nd is World Autism Awareness Day. For many people on the autism spectrum (including myself, your friendly neighbourhood WWEST Research Coordinator) Autism Awareness Month can be challenging and frustrating, as well as uplifting. It is a time where misinformation about autism can spread rapidly, and many “autism awareness” organizations that are not run by autistic people and can actually be harmful to autistic people (for example Autism Speaks), have an increased platform and public presence. Many autistic people (I use Identity First Language in this article as opposed to Person First Language as I prefer this, as do many autistic people- for a breakdown about this please see this awesome article by Amy Sequenzia here) actually advocate for the month to be changed to “Autism Acceptance Month,” as it is not a disease, but rather just the way someone’s brain works. One way that Autism Awareness/Acceptance Month can be positive is to encourage people to learn more about autism specifically from autistic people and their experiences. Autism looks very different for different people and you can’t “tell” someone is autistic by just interacting with them or listening to them. A great comic by Cypopps, a non-binary autistic creator that discusses the autism spectrum, and how people are not “more” or “less” autistic can be found here. 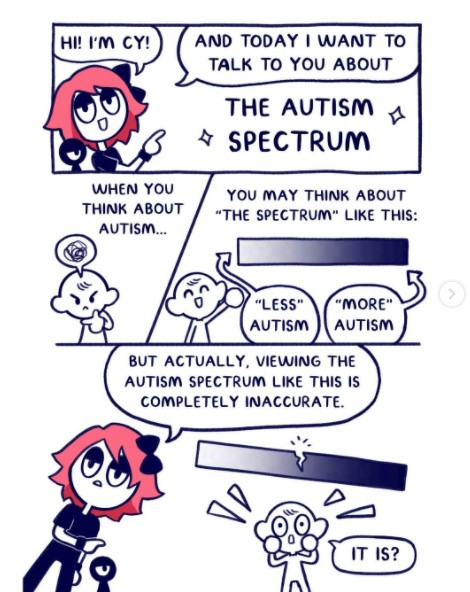 If I choose to disclose that I am autistic to someone, they usually respond with, “But you don’t seem autistic” (though for people who know me more closely, it isn’t always so much of a surprise). People often have an idea in their head about what an autistic person looks like, and I don’t fit it. I myself had assumptions about what autism looked like, and it was only through a lot of research after working with a therapist who suspected I was autistic, that I realized I was, and suddenly a lot of challenges I had throughout my life made a lot more sense. I am verbal, as opposed to non-verbal (sometimes too verbal), and have learned to “mask” or camouflage my autistic traits. High capacity for masking is very common for autistic people who are female or assigned female at birth (fun fact, non-binary and/or gender diverse people are three to six times more likely to be autistic), and/or BIPOC (Black, Indigenous, People of Colour). This is because greater societal pressure to be viewed as socially competent and “normal” can increase learned skills in masking autistic traits. Masking can often be completely involuntary and unconscious, but it can also often be very exhausting. There is a stereotype that autistic people lack empathy, or have a lack of emotion, but the opposite is true for many autistic people - emotional sensitivity is intense and deep, which has always been my experience.

Being autistic and neurodiverse - a term that describes how some brains are different from a majority, or “neurotypical” brain and this isn’t a “deficit” - can allow people to be incredibly innovative in STEM fields because we see the world in different ways and may focus on different things than neurotypical people. Where some people might see a “weird” thing about someone, this could actually be used as a superpower. (However, not all of these superpowers are useful. I remember birthdays as soon as they have been disclosed to me. I remember my 7th grade teacher’s birthday - June 4th - but often can’t remember the last thing someone said to me in a conversation.)

An example of a world-renowned autistic scientist, with a long list of superpowers, is Dr. Temple Grandin, who is one of the top experts globally on both autism and animal behaviour. She began her revolutionary work in designing livestock housing and handling facilities in the 1970’s, got her Ph.D. in animal science at the University of Illinois in 1989 and has been a professor of animal sciences at Colorado State University for over 25 years. She has written extensively about her own experiences as an autistic person and how it has shaped the way she conducts research, including the books Emergence: Labelled Autistic, and Thinking in Pictures. According to Oliver Sacks, a famous writer and neuropsychologist who profiled Grandin for his book “Anthropologist on Mars,” her first book was “unprecedented because there had never before been an inside narrative of autism.” Or at least, not one that had reached as far as Dr. Grandin’s.

In an interview with Stanford University, Dr. Grandin discusses how she thinks in pictures, very specific pictures, and how this allows her to relate closely to animals - as research shows that many animals likely think in pictures and sensory experiences as opposed to language. When conducting her early research with cattle, she would often walk-through areas where the cattle would be, to “see what the cattle would see” - a very new idea in 1970s western animal behaviour studies. She says that, “Animals are very aware of small, sensory details in the environment. People on the autism spectrum excel at work involving details.” She translated this perception and “sensory empathy” for animals and their experiences to design more humane livestock corrals, habitats and transport.

In a TED talk she gave in 2010, she discusses how her unique way of thinking also allows her to prototype and design accurately in her head: “I can test run equipment in my mind like a virtual reality computer system.” She points out that not all people with autism are visual or sensory thinkers, they all have their own strengths and challenges: “The autistic mind tends to be a specialist mind, good at one thing, bad at something else. I was bad at algebra.” Dr. Grandin also discusses in her TED Talk the importance of helping children and teenagers with autism develop their special interests and skills, particularly in sciences. She shares that in school her best subject was art and in high school she was a “goofball” who didn’t want to study - until a science teacher took the time to show her to solve science problems using her visual skills. She describes how often autistic children can be fixated on things, and that it can be advantageous to use those fixations to help teach other concepts, as opposed to trying to break the fixation. She also gives some insight into how her life was represented (correctly, it seems) in the HBO film that came out in 2010 about her life, “Temple Grandin.”

So this April, I encourage you to think critically about autism related information that may be coming your way. Investigate whether it is coming from an autistic person, or an autistic-led group or organization. Learn more about the wide range of experiences and superpowers autistic people have. I am at a point in my life now where I feel that it is awesome to be an autistic person in STEM, but it doesn’t come without challenges, and need for support and acceptance. 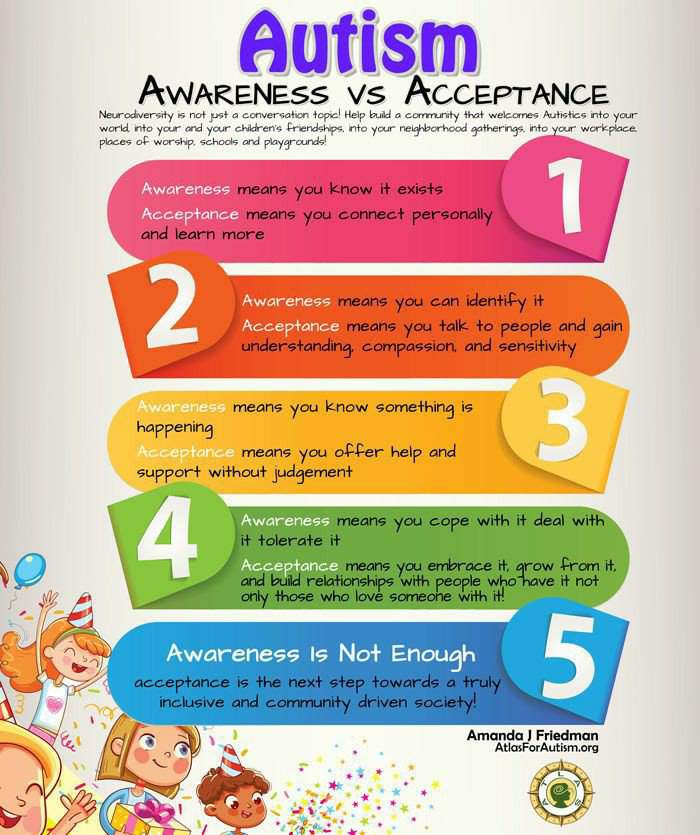 If you want to learn more about autism from autistic creators, I recommend: