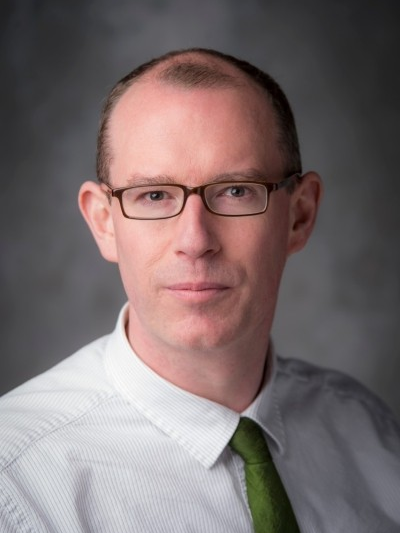 In March 2017, I gave a SFU President’s Faculty Lecture Series talk on the preliminary findings. The video recording is here. Since then, I have published a journal article that explores the enlacements of the ordinary and the extraordinary at a Crop Circle Conference in Devizes, England and a co-authored book chapter on the allures of a non-empirical object of inquiry at a Sasquatch Conference in Ocean Shores, Washington State. I have also started to write a book, tentatively entitled Investigating Paranormal Investigations, which will elaborate on the findings from the entire project.

Much of the above project is informed by my work in the subfield of psychoanalytic geographies. This research, which takes inspiration from the spatial and social theories of Jacques Lacan, conceptually and empirically investigates where, why, and how love, desire, enjoyment, anxiety, fetishism, fantasy, and the unconscious are not simply located “inside” our heads, but rather are materially externalized “outside” in lived socio-spatial practices. This research has focused on Jamaican tourism, US nationalism, the FIFA World Cup, anime cosplay, Iranian New Year celebrations, and Sherlock Holmes mysteries.

Another area of my research engages the aesthetic geographies of everyday life, especially in terms of art’s capacity to infuse human experience with constructive meanings and affirmative power. This research draws on Friedrich Nietzsche’s aesthetic theories, especially the spatial and temporal delimitations of two artistic forces: the “Apollonian,” which refers to illusion, the beauty of surfaces, and orderly visible forms, and the “Dionysian,” which refers to sensuality, intoxicating energies, and the blurring of social boundaries. This work has investigated the sublimity of Google Earth, soundscapes of popular music, and a multicultural festival.

I am the Book Series Editor for Cultural Geographies + Rewriting the Earth, the Vice President of the Lacan Salon, and a Board Member of the Scientific Coalition for UAP Studies.

2021   Raising sasquatch to the place of the cryptozoological Thing, (with Oliver Keane). In P. Kingsbury and A.J. Secor, eds. A Place More Void, University of Nebraska Press, pp. 213-231.

2016 Rethinking the aesthetic geographies of multicultural festivals: A Nietzschean perspective. Annals of the Association of American Geographers, 106 (1): 222-241. [PDF]

2011 Sociospatial sublimation: the human resources of love in Sandals Resorts International, Jamaica, Annals of the Association of American Geographers, 101 (3): 650-669. [PDF]

Oliver Keane Ph.D. (in progress)
Oliver Keane is a Ph.D. student in the Department of Geography at Simon Fraser University. He received his B.A. in Geography from the University of Birmingham, then after living in Wuhan, China, received his MA in Geography from Simon Fraser University. He uses a psychoanalytic geographical framework to analyse spaces of Sasquatch investigation where the scientific method and positivism are deployed in a serious effort to uncover an animal unknown to science.

Hilda Fernandez, Ph.D. (in progress)
Hilda Fernandez is a Ph.D. student in the Department of Geography at Simon Fraser University. She practices Lacanian psychoanalysis and psychoanalytic therapy in Vancouver, Canada. She has an MA in Clinical Psychology (Universidad Nacional Autonoma de Mexico), an MA in Spanish Literature (University of British Columbia) and twenty years of training in Lacanian psychoanalysis. Co-founder of the Lacan Salon, she currently serves as its president. She intends to analyze the discursive spaces and practices around trauma in institutions that provide mental health services, with the purpose of determining how assumptions about trauma both at the level of the individual and the collective impact the provision of services.
Contact: hfernand@sfu.ca

GEOG 241 Social Geography
This course will investigate the major theoretical concepts and empirical contexts of social geography – one of the most dynamic and eclectic subfields in contemporary human geography. Largely the outcome of 1960s radicalism and the “cultural turn” of the 1980s, social geography explores how spatial forces and structures reproduce social lives of difference and inequality. The course will explore the following interrelated objects and scales of analysis: space and society; the body; the home; community; institutions; the street; the city; the rural; the nation; and the resort.

GEOG 325 Geographies of Consumption
Consumption is creatively destructive, conspicuous yet vague, complex but mundane, and as difficult to explain as it is impossible to avoid. Consumption ranges from the repetitive act of eating porridge to the visual joys of watching movies on widescreen plasma televisions. Under the aegis of “consumption studies,” researchers have used numerous theoretical frameworks in order to conceptualize consumption in terms of the interactions between people, objects, and society. These studies have produced lively and enduring interdisciplinary debates that have sought to clarify the interrelations between, for example: taste, need, value, aesthetics, commodification, pleasure, exchange, capitalism, and spectacle. The purpose of this course is not only to explore the diverse contexts of consumption, but also to understand the various theoretical approaches through which consumption can be understood. To consider the geographies of consumption we will explore the following related objects of analysis: commodity chains, the mall, food, pet-love, clothes, taste and class, art, and the paranormal.

GEOG 420 Cultural Geography
This course will investigate the major theories and empirical research that comprise cultural geography – one of the oldest and most innovative subfields in human geography. Radically modified since the 1980s by the “spatial and cultural turns” in the social sciences and humanities, cultural geography explores the various cultural forces and structures of people’s lives and their worlds wherein the “cultural” is theorized via often overlapping approaches such as historical materialism, cultural studies, feminism, post-structuralism, psychoanalysis, and post-colonialism. Empirically, cultural geographers study a wide-range of contexts in terms of, for example, landscape, society, politics, the economy, the arts, the environment, identity, and technology. Today, then, it is futile to understand cultural geography as a homogenous field with discrete theoretical, substantive, and methodological trajectories and boundaries. Rather, cultural geography involves unfolding and engaging styles of thinking and doing that attend to the dynamic yet stubborn cultural materials, meanings, and practices that permeate people’s everyday lives. Beginning with the emergence of cultural geography during the 1920s, we will explore, theoretically and empirically, the following interrelated themes and objects of analysis: ‘old’ and ‘new’ cultural geography; capitalism; landscape; cultural differences of race, class, gender, and sexuality; multiculturalism; cybercultures; regional cultures; uneasiness; music and wellbeing.

GEOG 605 Geographic Ideas and Methodology
‘Geographic Ideas and Methodology’ introduces students to the range of multi and inter-disciplinary scholarship of a social theoretical nature that has implications for how ideas and methodologies are used in contemporary human geography. The course has three main goals: first, to systematically develop a thorough and relational knowledge of primary social theoretical texts. Second, to understand how social theories are methodologically ‘put to work’ in geography’s various empirical settings and contexts. To do this, we will read entries from the International Encyclopedia of Human Geography (2009) that will help situate thinkers, key concepts, and theoretical traditions in relation to human geography. Third, to foster a creative ethics of reading and discussion whereby students are encouraged to reflect upon, critique, deform, and enact in productive ways the entanglement of social theoretical thinkers and texts. Part of our learning, then, concerns how we translate and understand (as we interrogate) disparate theoretical currents.