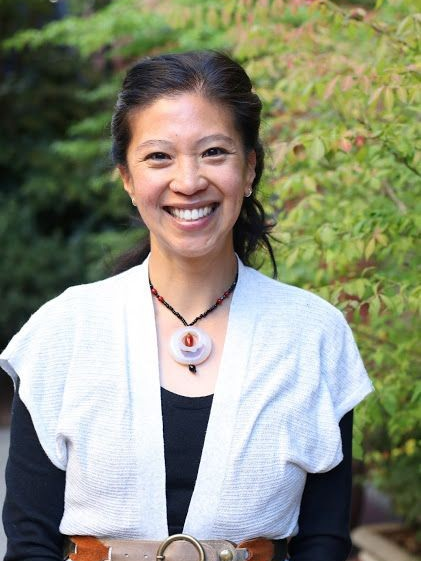 I was born and raised in the San Francisco bay area. Before pursuing an academic career, I worked mainly in fields of independent media and youth and community development, with training in domestic violence counseling and non-discursive techniques in abuse recovery. Broadly, my fields of study include racism and racial capitalism, ethnic ontologies, modern thought, social movements, feminisms, and ephemeral archives. My teaching and research focus on “anthropologizing” Western Civilization and exploring the role of cultural production in communal survival and sustainability.

My book, The Life of Paper: Letters and a Poetics of Living Beyond Captivity (University of California Press, 2018), explores the lifeworlds sustained through letter correspondence within the evolution of mass incarceration and its attendant racial regimes in California history. Spanning three different phases of development in the U.S. West, this investigation uncovers how people facing systematic social dismantling have engaged letter correspondence to remake themselves, from bodily integrity to subjectivity to collective and spiritual being.

As Tier 2 Canada Research Chair of Geographies of Racialization, I am currently returning to the history of knowledge production that defines Western civilization in contradistinction from “the Orient.” I aim to interrogate shifts in such “East-West” discourse and its transformative potential if we situate “the West” in the context of Afro-modernity—its epistemological foundations and world concept—rather than in assumptions of European dominance. I am developing two lines of study in this regard. First, I am interested in exchanges between engaged Buddhism and Black liberation theology beginning in 1965 in an effort to articulate a different approach towards a politics of death, or what scholars now call “necropolitics,” at this interface. Second, I am conducting research that addresses the work of transnational Chinese scholar Chenshan Tian. Building on the way he distinguishes between the epistemological assumptions of Chinese and European thought, as well as the implications of this difference for contemplating governance and political-economy in the twenty-first century, I aim to place these insights in dialogue with work in Black, Indigenous, and Ethnic Studies that more thoroughly considers the foundational violences of racism in the development of global capitalism and modern world systems. My long-term goal for this latter work is to help excavate the distinct processes of racialization attendant on Chinese, distinguishable from European, modes of dominance and, in this context, also to revisit enduring foundations for sustainable development and transformative social justice practices embedded in contending interpretations of Chinese social and philosophical traditions.

The Life of Paper: Letters and a Poetics of Living Beyond Captivity (University of California Press, 2018).

Luk, S. “The Asian Problem: Back Toward an Analysis of the Race Concept in the Era of Black Lives Matter.” Forthcoming in Critical Ethnic Studies.

“The Problem of Study: China in American Studies and the Materials of Knowledge,” American Quarterly special issue on “The Chinese Factor,” 69.3 (2017): 523-32.

Students who work with me generally seek a transdisciplinary or problem-posing path of study at the interstices of Geography, History, and Ethnic/Cultural Studies, with primary emphasis on social justice or collective struggles across various scales of analysis (from intimate to global). Many of my current and past students engage in historical materialist methods of archival and literary studies related to specific place-based social movements and everyday practices of communal life; some also conduct community-based research that involves methods such as interviews and participatory activism. If you are interested in studying at SFU and have a plan of research in my areas of emphasis, you are welcome to send me an email of introduction and brief description of your intellectual project and goals.