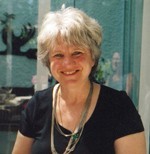 Claudia Cornwall, BA Hons, PhD, is a successful freelance writer and an author of seven books. Her articles have appeared in several national publications, including The Globe and Mail and Reader's Digest.

Her books have won prizes. Letter from Vienna won the 1996 B.C. Book Prize for non-fiction; At the World's Edge was short-listed for the City of Vancouver Book Award in 2011. The American Library Association’s Booklist selected Catching Cancer as one of the best books of 2013. Claudia’s most recent book, British Columbia in Flames, is a finalist for this year's BC Lieutenant Governor’s Award for historical writing and for the BC Book Award for Regional Writing.