S PhD student LAUREN SCHNEIDER is conducting research focused on the Hul'q'umi'num' language. This month she received two grants to aid in the continuation of her research.

S The Undergraduate Student Research Awards (USRA) programs provide opportunities for students to be part of a major research project, while being supervised by a university professor. This summer, five undergraduate students in the Department of Linguistics received USRAs to work in four of our research labs. 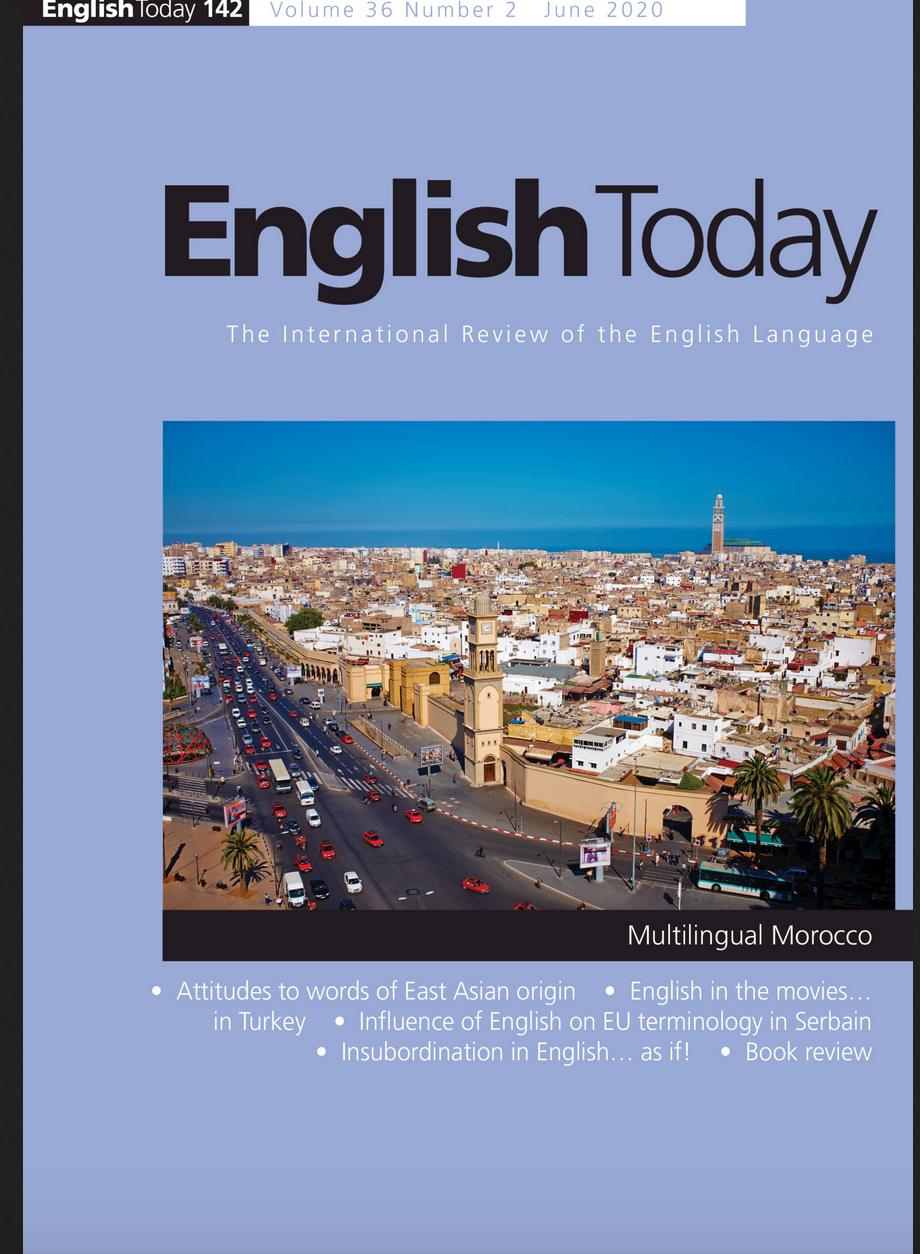 S The article, Quinlingualism in the Maghreb?: English Use in Moroccan Outdoor Advertising, co-authored by PhD student BOUCHRA KACHOUB and Professor SUZANNE K. HILGENDORF has been selected as the lead article of the June, 2020 hard copy issue of the Cambridge University Press journal English Today. The issue's cover page features a photo of a Moroccan city with the caption "Multilingual Morocco."

Quinlingualism in the Maghreb?: English Use in Moroccan Outdoor Advertising

S The Language and Brain Lab has a new publication out this month in the Journal of Phonetics.

Abstract:
The effect of clear speech on the integration of auditory and visual cues to the tense-lax vowel distinction in English was investigated in native and non-native (Mandarin) perceivers. Clear speech benefits for tense vowels /i, ɑ, u/ were found for both groups across modalities, while lax vowels /ɪ, ʌ, ʊ/ showed a clear speech disadvantage for both groups when presented in the visual-only modality, with Mandarin perceivers showing a further disadvantage for lax vowels presented audio-visually, and no difference in speech styles auditorily. English perceiver responses were then simulated in an ideal perceiver model which both identified auditory (F1, F2, spectral change, duration) and visual (horizontal lip stretch, duration) cues predictive of the clear speech advantage for tense vowels, and indicated which dimensions presented the greatest conflict between cues to tensity and modifications from clear speech (F2 and duration acoustically, duration visually). Altogether, by combining clear speech acoustics, articulation, and perception into a single integrated framework we are able to identify some of the signal properties responsible for both beneficial and detrimental speech style modifications.

S  The 2020 Undergraduate Research Symposium was forced to cancel in March, but in order to highlight the work of the students who were selected to present at the symposium, organizers have published a journal of abstracts. Several students from the Department of Linguistics are featured in this journal:

S  After nearly five years working in the Department General Office, DEBRA PURDY KONG is writing the next chapter of her life. Debra will soon be spending more time writing, babysitting, and, we hope, enjoying retirement. Thank you for all of your work Debra, we will miss you!

S  CONFERENCE PRESENTATION: SANDER NEDERVEEN - JUNE 1
Online, 9:00am
Sander will be presenting the talk "Discorse Novelty, Givenness, and EV2 in German" at the virtual Canadian Linguistics Association Annual Conference. A recording of the presentation will be available for viewing until June 15.

S  SFU VIRTUAL CONVOCATION CEREMONY - JUNE 11
Online, 5:30pm
Gather with your family, friends and members of the university community to celebrate your accomplishments at the Virtual Convocation Celebration.