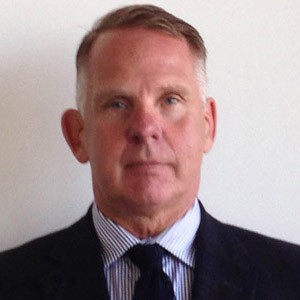 Bill Brown has more than 35 years of service in public safety. As a member of the Edmonton Police Service for 25 years, he worked in various capacities from homicide and economic crimes to crime and intelligence analysis. He was also a member of a peer support group that offered support to police officers experiencing workplace difficulty.

Following his retirement in 2005, Bill served as a criminal intelligence analyst with the RCMP, where he provided tactical and operational support, as well as analysis in support of local, national and international portfolios.

Most recently, he served as senior investigative analyst with the Office of the Complaint Commissioner in British Columbia, conducting oversight of investigations relating to police misconduct with a view to providing advice and direction on investigative steps and legal principles.

He has provided analytical training throughout North America to several local, state and federal law enforcement agencies and the military. In addition, Bill has several years of progressive management/leadership experience related to curriculum development and the delivery of hybrid and online courses on criminal justice and public safety at several Canadian colleges and universities.

Bill graduated from Algonquin College in the Law and Security Administration program in 1980. In 2006, he earned an MA in criminal intelligence analysis from the University of Manchester (U.K.). His work has been recognized internationally by the International Association of Law Enforcement Intelligence Analysts (IALEIA). In 2003 and 2006, he received a Professional Service Award for Outstanding Contributions as Intelligence Analysts to the Achievement of Law Enforcement Objectives. As a criminal intelligence analyst for over 15 years, Bill achieved a lifetime professional designation in 2010. He has also been a guest speaker at several international conferences and workshops, and has taught and consulted at the Canadian Police College.

Read our interview with Bill.