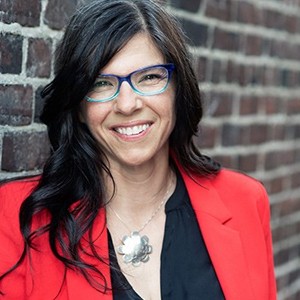 Andrea Reimer has been a strong public voice in Vancouver for almost two decades with a focus on making government easy to access and giving people the tools to hold power accountable.

Andrea started her public work as a community organizer on issues of social, economic and environmental justice. In 2002 she was elected to the Vancouver School Board, and went on to be elected to three terms on Vancouver City Council. During her decade on City Council, Andrea spearheaded the City’s effort to be the Greenest City on Earth, championed Vancouver’s nationally significant municipal framework for reconciliation with indigenous peoples, catalyzed the City’s digital strategy, grew the largest municipal childcare program in Canada, and transformed public engagement and open government policies.

After retiring from municipal politics in 2018, Andrea was awarded a Loeb Fellowship at Harvard University’s Graduate School of Design in recognition of her significant contribution to urban policy and civic leadership. She subsequently was appointed as the first policy practitioner fellow at UBC's School of Public Policy and Global Affairs.

In 2020 Andrea founded Tawaw Strategies, a consulting firm that supports courageous leaders taking bold action on the biggest public policy challenges of our times. She continues to teach about power at UBC's School of Public Policy and Global Affairs and sits on a number of boards ranging from Translink locally to her international work with the World Future Council and Fossil Fuel Non-Proliferation Treaty.