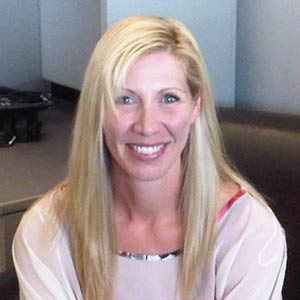 Kathy Rolfe joined the military fresh out of high school and five years later graduated from the University of Alberta with an undergraduate degree in criminology. After achieving a commissioned officer rank, she joined the Edmonton Police Service (EPS).

She is a retired police officer, having worked in various areas for 20 years. She previously worked for the Gang and Drugs Unit, the Drug Undercover Street Team, a provincial task force for organized crime that was integrated with the RCMP, Canada Border Customs, the EPS and Camrose Police. She served the majority of her career on the front line in patrol as a constable, a squad sergeant and as a temporary acting staff sergeant. As a member of the EPS Critical Incident Stress Management team for over 12 years, Kathy has seen firsthand the importance of supporting members of emergency services, veterans, military personnel and their families.

In 2009, Kathy began full-time graduate school while supervising a 14-member patrol squad. Shortly afterward, she registered as a psychologist in Alberta with a dual specialization in clinical psychology and behaviour modification, and she offers therapy in both an office setting and using horses in an equine-assisted psychotherapy modality.

She is the owner of her own psychology practice, Balance Psychological Services, which specializes in the treatment of stress injuries and PTSD in addition to continuing her employment with the Edmonton Police Service. Within the EPS, she has implemented a number of projects to create organizational efficiencies, particularly within the realm of mental health.

Kathy also has a familial understanding of serving members of the military and emergency services, as her husband is former military, a member of the 1 Combat Engineer Regiment with two overseas deployments to his credit. He is currently a sergeant with the EPS.

She is an avid runner who has competed in three Ironman Canada races in addition to numerous Half Ironmans, and many road and trail running races. Kathy and her husband live with their six horses and two dogs on their ranch just outside of Edmonton.

Read our interview with Kathy.