Updates every 15 seconds for 30 minutes.

This view looks at the interior courtyard of the Academic Quadrangle (AQ). At the centre is the AQ pond which during most times of the year is full of Koi fish. In the distance are the North Shore mountains.

Mounted on the AQ rooftop, this camera view overlooks the drive up to the University. Center in the image is the Maggie Benston Building and Terry Fox field in the distance. 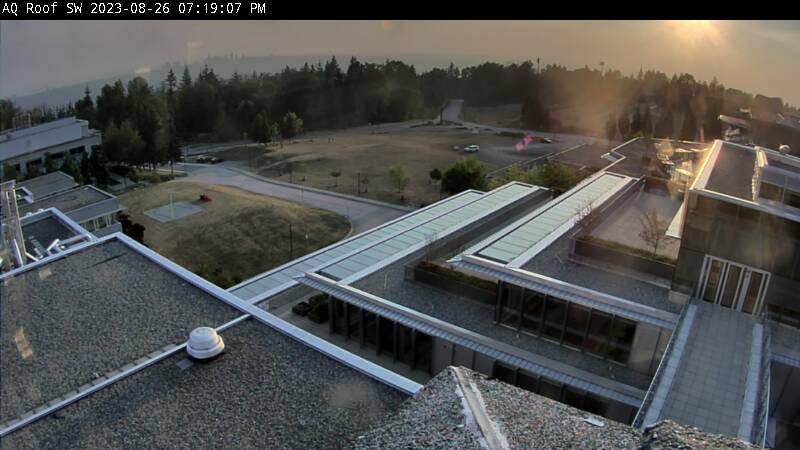 This is the intersection of Gaglardi Way, University Drive and Burnaby Mountain Parkway. The camera position changes often, but generally shows the intersection itself, with Burnaby and Vancouver beyond it down the mountain. 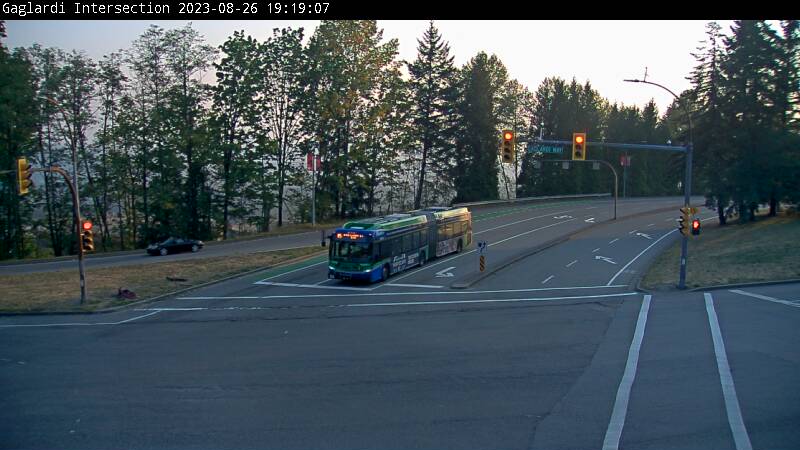 This view shows the Terry Fox field and the new SFU Stadium. 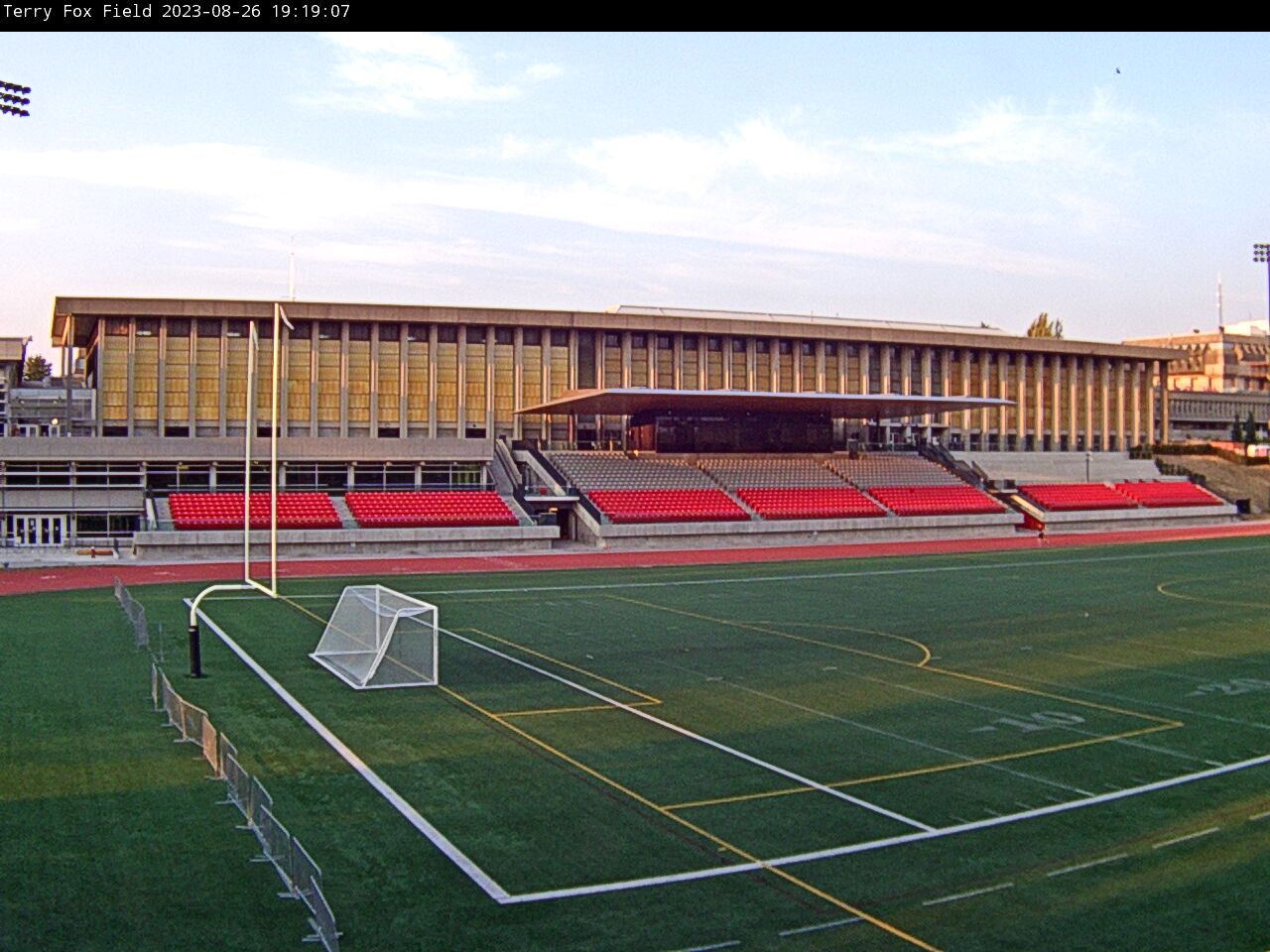 Facing north on Tower Road, this view shows the prominent Water Tower structure in the background. For residential privacy reasons, some areas of this camera feed have been intentionally blurred. 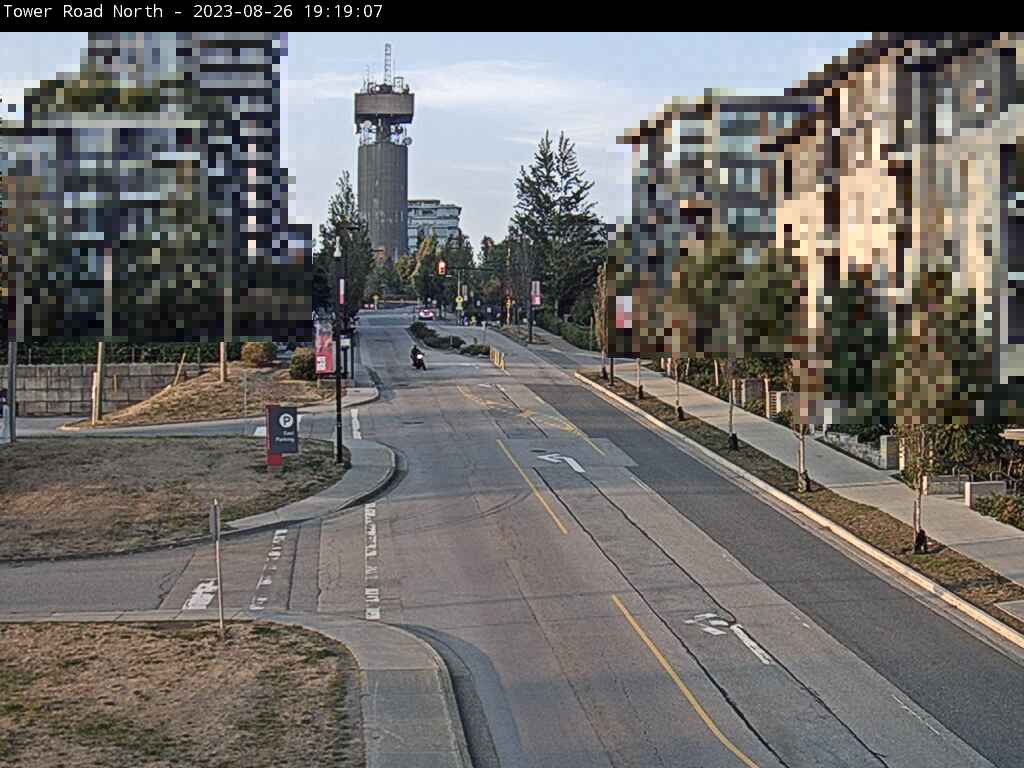 Facing south along Tower Road, this view shows the descent down to the South Campus Road intersection and beyond to University Drive East. 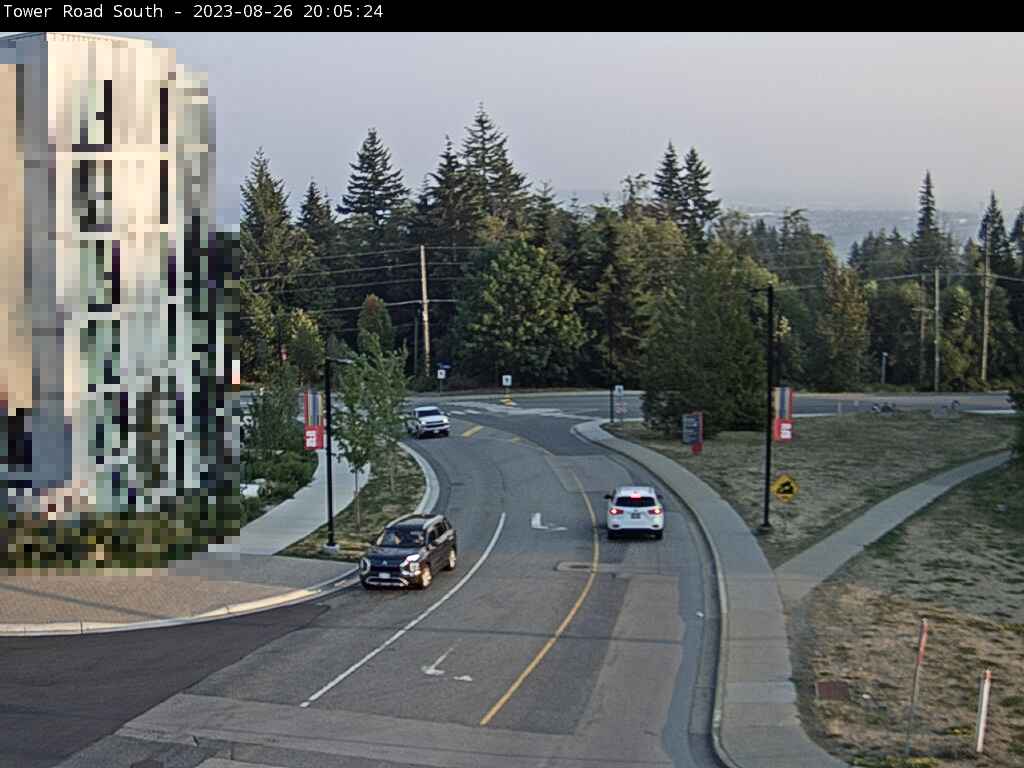 This is the view from the seventh floor of the Library at the Burnaby campus of SFU. The camera presently faces west-northwest along University Drive North and shows the roadway, with the West Mall Complex on the left. In the far distance you can often see North and West Vancouver and the north shore mountains. 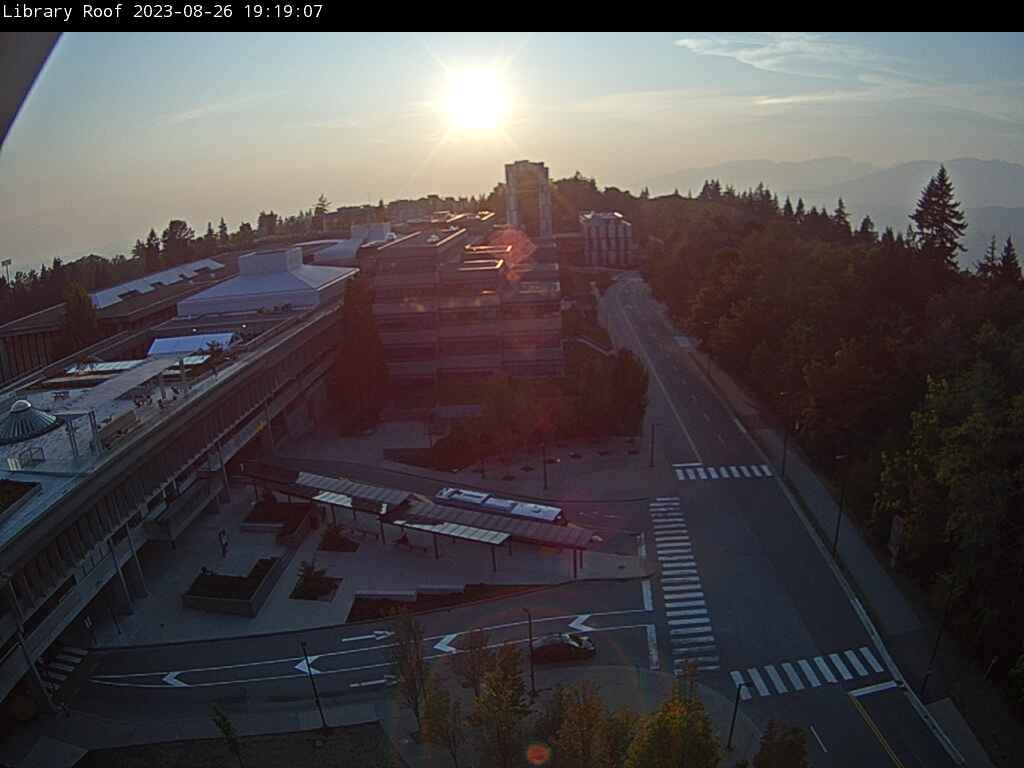 This view is from the roof of the WMC building facing west. 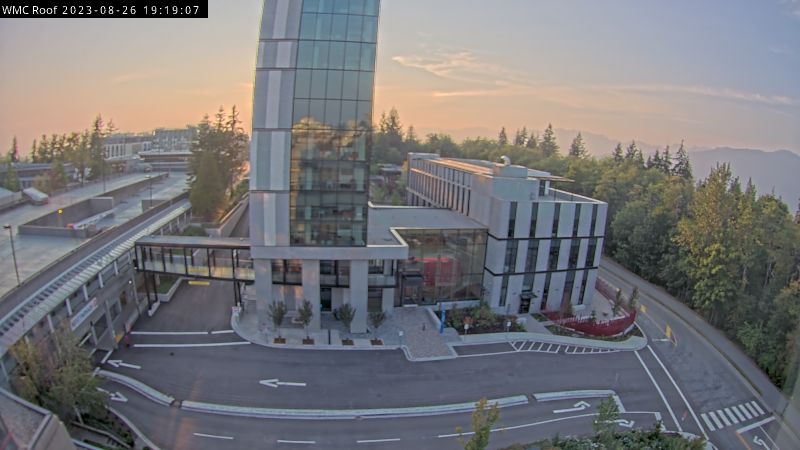