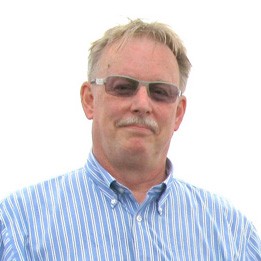 John Bowes Ph.D (Mich. State), MS (Syracuse) and AB (Hamilton) has worked over the past 45 years as an applied sociologist in the study of technology, innovation and their effects on social systems. Over this time, he has taught and researched at Michigan State University (1964-69), University of Michigan (1970), University of North Dakota (1970-74), University of Washington (1974-1999), Technical University of British Columbia (2000-2002) and Simon Fraser University (2002-Present). He has worked for commercial firms engaged in education technology, including Science Research Associates (then part  of IBM), The National Assessment of Educational Progress (US), National Network of Libraries of Medicine (US). He was chair of the media technology specialty at the University of North Dakota, The New Media Programme at the University of Washington, and assisted in the start of similar programmes at Charles Sturt University  (NSW, Australia - under auspices of Fulbright visiting scholar programme) and Dublin City University (Ireland, 1980-81). While at Washington, he was Chair of the Centre for Computation in the Social Sciences (CSSCR) and was on the central board for the University Libraries. He was Director of SIAT at Simon Fraser University-Surrey from its founding in 2004 until 2012. Over his career, he has been a consultant to Washington State Utility Commission, Weyerhauser Corp., Washington State Democratic Party, Fred Hutchinson Cancer Centre (Seattle), National Networks of Libraries of Medicine, US Office of Education, US Dept. of Energy, North Dakota State Soil Conservation Service and Education Commission of the States. He is author or co-author on three books, many manuscripts and over 75 other research publications.