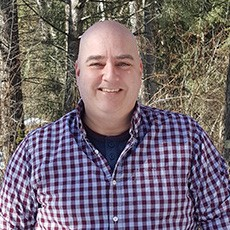 Due to the multidisciplinary nature of my research, I have numerous interests that include:

ᒍᐤᐣ ᒥᑫᐪ ᕒᐅᐯᕒᐟ ᑯᕒᐯᐟ ᓂᐟᓯᑯᓴᐣ. My name is Jon Michael Robert Corbett. I was born in Edmonton, AB, Canada, but was raised and currently live in Kelowna, BC. I am a member of the Métis Nation of Alberta. My father is Métis (Cree/Saulteaux & English), and my mother was of Ukranian descent.

I began learning about computer programming in 1981 (at the age of 10), learning multiple forms of BASIC on Commodore and Apple computers. I also developed a love for drawing around the same age, and experimented with digital programming of graphics through my teen years.

After high school, I entered MacEwan University’s Diploma of Fine Art program and worked simultaneously at United Parcel Service. I eventually received my BFA at the University of Alberta, and at UBC Okanagan, I completed my MFA and Ph.D., while developing my career as an application developer, focussing on centralized and de-centralized large-scale data repository and logistics web portals for UPS.

Though I have a well-established career in logistics and technology, it was through my MFA that I began to view my technology skills as an artistic practice. My Ph.D. continued this exploration, resulting in my creation of the “acimow/Cree#” programming language for nehiyaw (Plains Cree), a specialized application for nehiyawewin learning, a nehiyaw keyboard, and the development of an Indigenous Computing Framework that proposes Storywork as a scaffold for programming computers using Indigenous languages.

Before joining SFU, I was also a sessional faculty member at the University of British Columbia’s Okanagan campus in the Faculty of Creative and Critical Studies, teaching topics in Digital Media, Virtual Worlds, and Visual Communication.