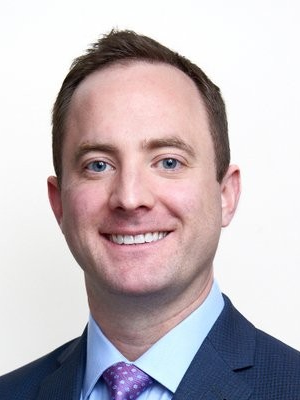 Forrest Parlee took an unconventional path through university. After the first year of his undergraduate degree in political science, he had an opportunity to work in the constituency office of a prominent member of the B.C. Legislative Assembly. He worked part-time while commuting to campus with a full-time course load. Shortly thereafter, he took a break from his studies to move to Victoria to work full-time as a political advisor to Christy Clark, who at the time was B.C.’s Deputy Premier and Minister of Children and Family Development.

His career trajectory continued from there, but Parlee felt it was important to complete his degree, which he did on part-time basis. SFU’s flexible three-term calendar made it possible for him to do this without missing out on courses he was passionate about.

In 2005, Parlee travelled to Ottawa to take up a position with the federal government as a senior policy advisor to the Leader of the Government in the Senate. He eventually returned to BC to work for Burrard Strategy, providing strategic communications advice to private and public sector clients.  He moved to Toronto in 2009, where he has since held various senior government relations and public affairs roles, including Vice President of National Partnerships with Mitacs. Parlee is currently the Director of Government Relations & Public Policy at the University of Toronto.

He enjoys that his current position is related to public policy, a passion that was cultivated during his time at SFU. He also values working at a university, where he engages in a vast range of public policy issues across all three levels of government.

Looking back, Parlee is proud to have served as a political advisor to Cabinet Ministers in the federal and B.C. governments. He is also proud of his success in securing funding for public investment in research and development; while with Mitacs, he led the government funding strategy achieving over $400M in funding agreements toward Mitacs innovation programs with all 10 provinces and the Government of Canada, including $221M from the federal government in Budget 2017.

Parlee recommends that students take as much as they can from what they learn in the classroom, and not hesitate to engage outside of the classroom.

“Engage directly in political activities, consider partisan activities if you’re inclined, or volunteer with community organizations,” he says. “That's where you'll combine the theoretical and the practical to help set the path for your career.”

Reflecting on his time at SFU, where he also completed a Master of Arts in Liberal Studies, and how it has impacted his current career, Parlee had this to say,

"SFU is a great university, with an excellent research and community engagement profile. My education there really helped launch me in my career and I'm proud to be an alumnus."