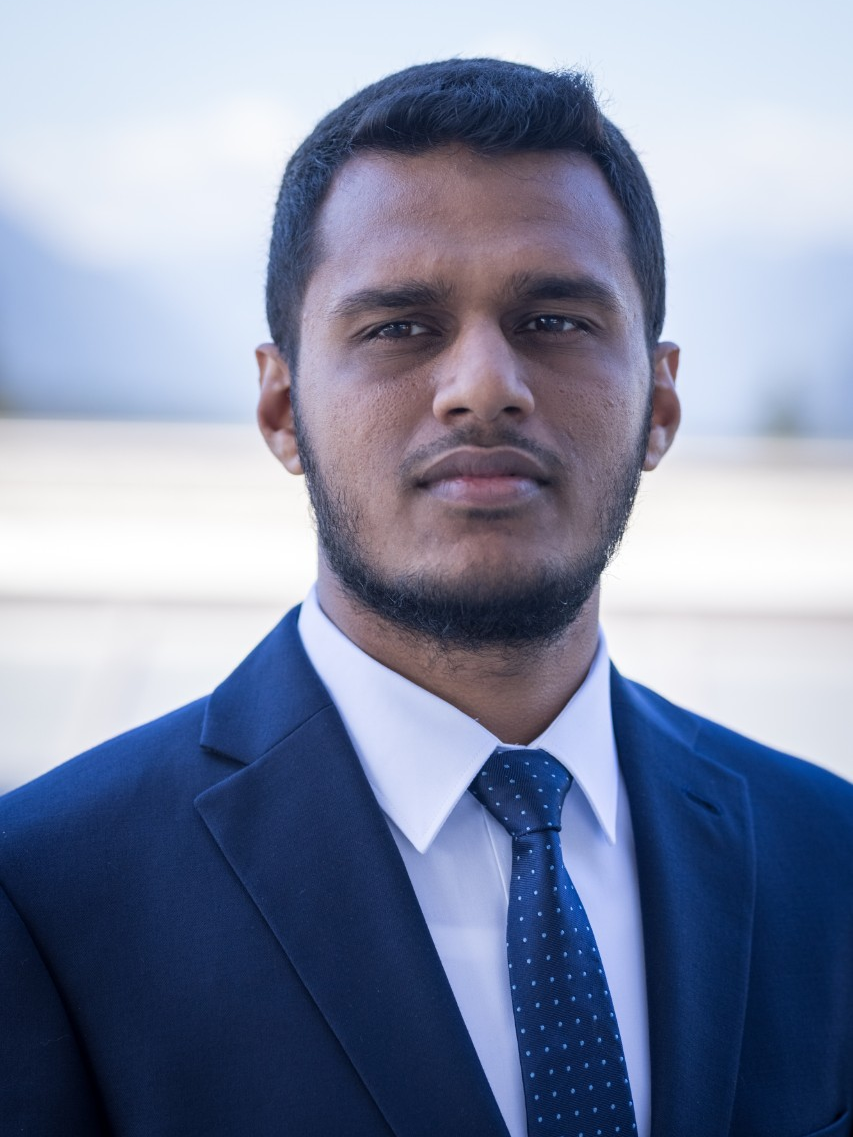 In 2020, Arkam Nusky completed his MA in political science at SFU. However, Nusky came to SFU with a very different academic background, having graduated from Oxford Brookes University (UK) with a Bachelor’s degree in applied accounting.

“I shifted gears from accounting to political science to learn more about quantitative data and methodologies,” says Nusky. “I wanted to brush up my statistical skills, and I believe Professor Mark Pickup was a great resource, as he taught me data and social science.”

Nusky used these skills to complete his MA thesis, “The latent factors of money laundering risk: A cross-national study,” under the supervision of Professor Anil Hira. Nusky was also inspired by his earlier career experience as a forensic auditor at Ernst & Young to focus on financial crime.

While completing his thesis, Nusky also worked as a TA, which helped him develop some critical skills.

“Before becoming a TA, I had stage fright and lacked public speaking skills,” he says. “The TA appointments helped me to overcome those weaknesses.”

Nusky also credits Professor Hira for helping him polish his communication and writing skills and pointing him towards the right resources like graduate peer assistance and library workshops.

These skills, along with his knowledge of quantitative methods and programming languages like R, were invaluable to Nusky during his co-op position as a financial planning and analysis coordinator at Vega, a plant-based nutrition company.

Vega hired Nusky after his SFU graduation as a data analyst and accounts receivable coordinator.

“Vancouver is a small market, but it is a thriving market with tech firms, small CPG [consumer packaged goods] businesses, and various other IT services,” he says. “They like to take in co-op students and give them the chance to sit in different seats to understand their interests, potential, strengths and weaknesses. After graduation, those co-op students will certainly have a competitive edge over non-co-op candidates. They will often be hired for contract jobs that will then become permanent positions.”

In his new role as a junior accountant with SAXX, a Vancouver-based, menswear retailer, Nusky plans to combine his accounting knowledge with the data analysis skills he acquired at SFU. He will also continue to work with the business intelligence tools he used at Vega during his co-op terms.