After almost three decades of teaching at Simon Fraser University's Department of Economics, Professor Gregory Dow is finally hanging up his teaching hat and retiring this May.

Dow is known for many things—extensive research in economic prehistory, dedication to teaching, and of course his ardent love for The Lord of the Rings, to name a few. He first joined SFU in the summer of 1995 after having taught at the University of Alberta and Yale University.

Originally from the area around Boston, Massachusetts, Dow started with a bachelor's degree in sociology which he obtained from Amherst College in 1975. He then enrolled at the University of Michigan where he completed a master's degree in public policy, and in 1981 obtained his doctoral degree in economics with a focus on industrial organization and public finance.

Dow's research interests cover economic prehistory, labour-managed firms, microeconomic theory, and economic institutions. "I am proudest of my joint work with Clyde Reed on economic prehistory. We have published six journal articles on topics like the origins of agriculture and the origins of inequality," says Dow. "We also have a lengthy book forthcoming, which pulls together our previous research in this area along with a large amount of new material." Published by Cambridge University Press, their book Economic Prehistory: Six Transitions that Shaped the World is scheduled to hit the shelves this September.

Since starting his teaching career in 1980, Dow has made it his goal to help students develop their capacities for creative and critical thought. Dow designed several courses with this in mind, including ECON 354 (Comparative Economic Institutions), ECON 426 (Governance and Institutions), and ECON 452 (Economic Prehistory). In these courses, he describes various institutional patterns observed in the real world and asks whether economic theory can contribute anything to our understanding of these patterns.

"I try to show that empirical observations can often be explained in multiple ways, and that we need a combination of logic and evidence to make judgments about which of the proposed explanations is most likely to be correct," says Dow. "This approach gives students a reasonably accurate picture of how real social science research is done."

Dow has also frequently taught ECON 802 (Microeconomic Theory I) where he enjoyed his classroom interactions with successive cohorts of MA students. He has supervised numerous PhD students and takes satisfaction from their achievements.

During his five-year term as department chair in 2001-2006, Dow facilitated the hiring of 15 new faculty members. About half of them are still at SFU two decades later. "I was fortunate to be chair under highly favourable conditions—I had a supportive dean, great staff, abundant resources, and a group of very energetic and ambitious colleagues. I'm happy to have had the opportunity to help build the department."

After a long illustrious academic career, Dow is ready for a different daily routine and looks forward to spending more time with his spouse, watching movies, going for walks, and of course, sleeping later in the morning. And while he may be saying goodbye to the classroom, Dow intends to continue his research, including a new project on the origins of political democracy.

"I feel very lucky to have had a 42-year long academic career and to have spent 27 of those years at SFU," says Dow. "I’m grateful to the students and the voters of British Columbia for giving SFU the resources it needed to become a world-class university, and I’m grateful for the privilege of having worked here." 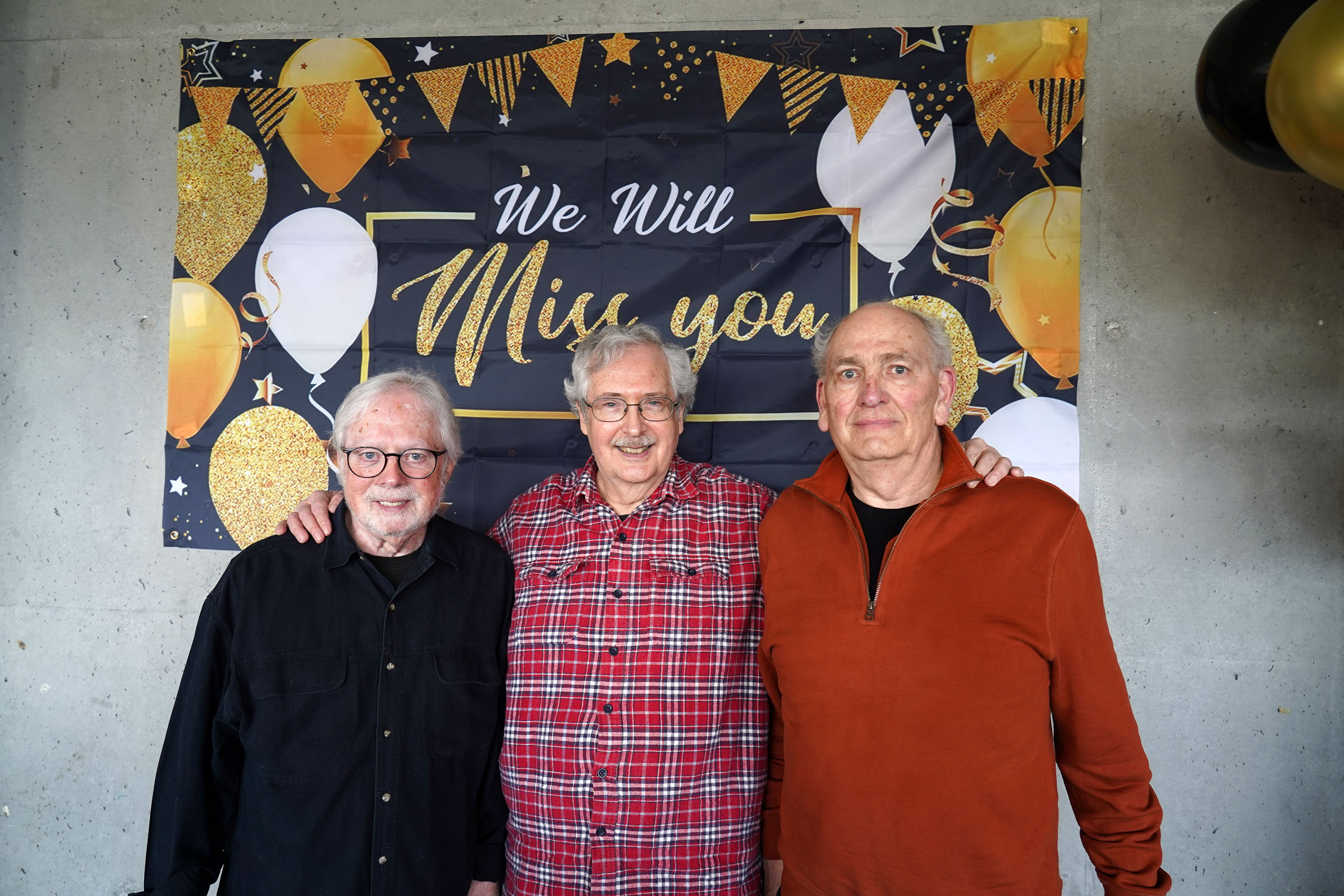 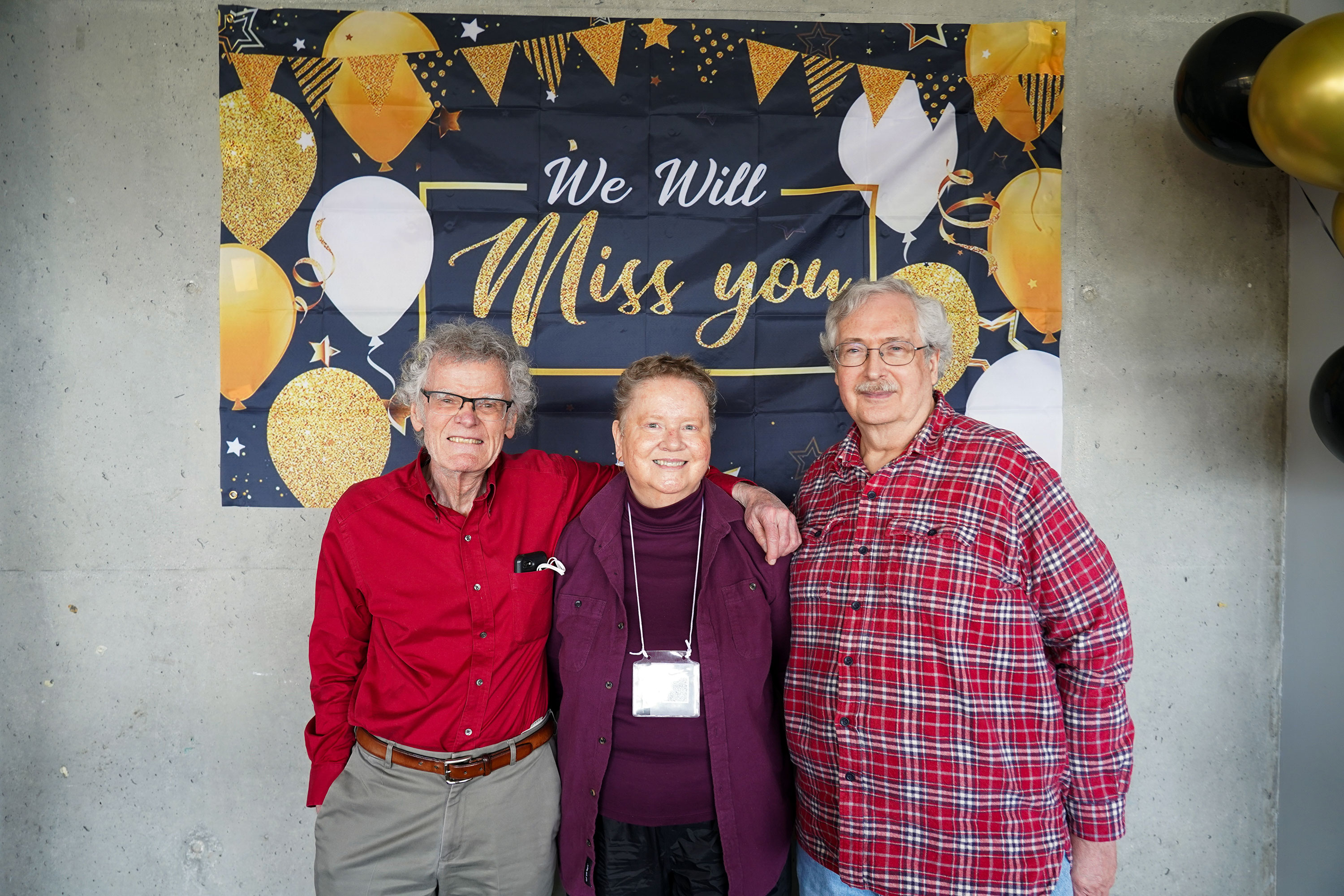 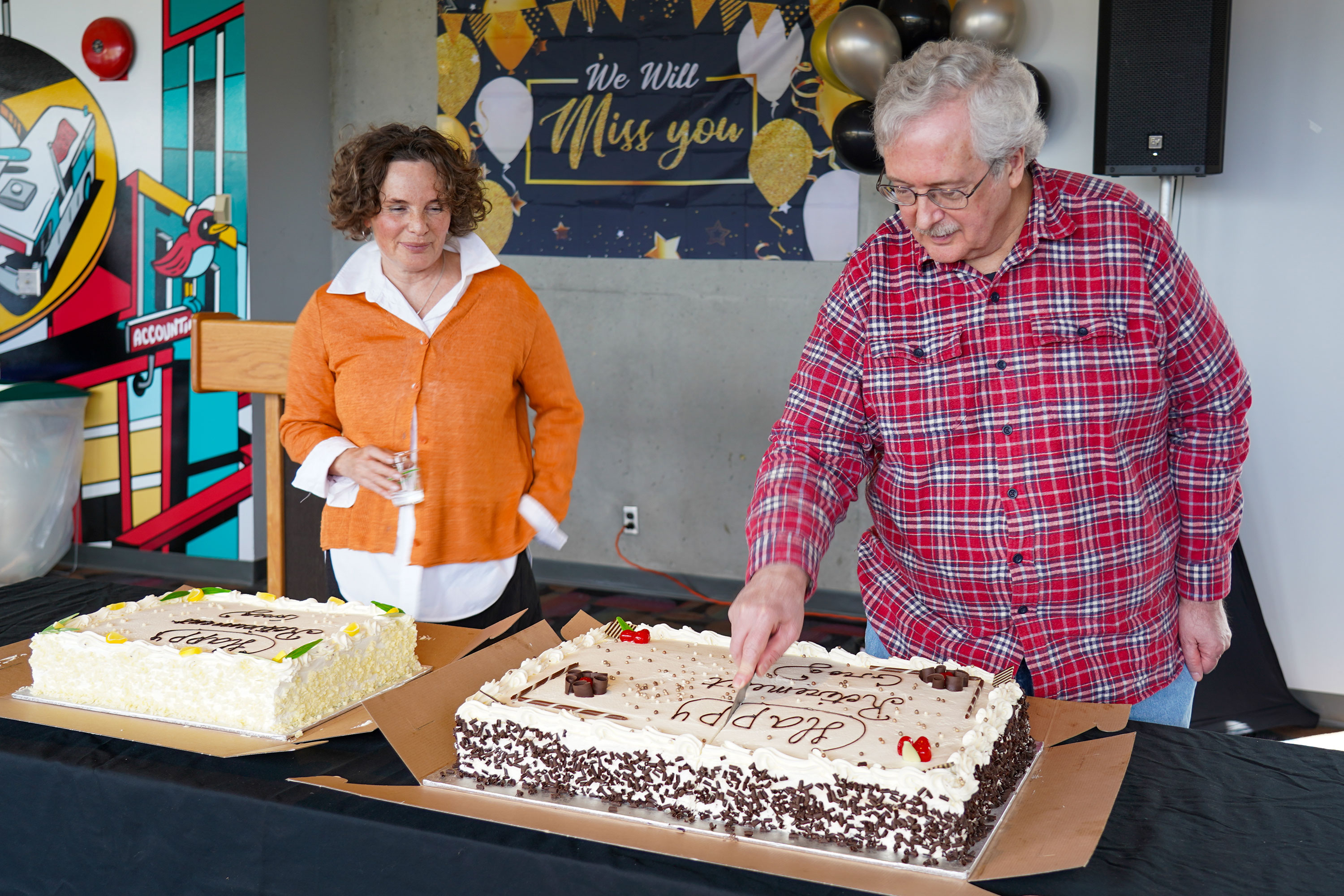 Greg Dow cutting into a cake at his retirement party as department chair Anke Kessler looks on.