Inspiring the Next Generation to Build a Better World

Dr. A. John Ellis (O.C., O.R.S., LL.D.) believed in the power of education to change lives and society—and through his enduring commitment to SFU is continuing to empower emerging leaders to make their own unique mark.

A highly regarded business leader who served as vice-chairman and director of the Bank of Montreal and advocated for cross-cultural exchange, John helped to shape Vancouver as well as the university from its earliest days. Appointed to the first SFU senate and a convocation founder, he was an important advisor to the university, championing its expansion downtown and receiving an honorary doctorate in 1992. John passed away at 104 earlier in 2020.

“He was a good man, a smart man, a man of great integrity,” says SFU President Emeritus Jack Blaney, who developed a long-lasting friendship after their first meeting in the early 1970s. “His family was the centre of his life, then BMO, then SFU, in that order.”

Among many generous contributions, John endowed the A. John Ellis Graduate Scholarship in Business Administration at the Beedie School of Business through a planned gift. The scholarship has helped 108 students since it was established in 1995.

“He wanted to attract the best and the brightest at the graduate level who already had a sense of what they wanted to accomplish and contribute,” Jack explains.

Grace Potma (MBA ’16), for example, was an emergency nurse in Delta, BC with experience in New Zealand and Zambia.

“I loved the detective work and making such a difference in people’s lives but I could not do enough with my two hands,” Grace says. “I was seeing all the gaps in our amazing system and not feeling like I can change them. I wanted to work in global health but also improve things in my own backyard.”

Scholarship funding enabled her to learn vital business skills to do just that. Following graduation, Grace helped found Roots Community Health Centre Society to support vulnerable newcomers in Surrey, BC and volunteered with a social enterprise in Myanmar and a medical records software team in Kenya to help them scale their impact. Earlier this year, she led the Product Management team at Thrive Health that launched the Canada COVID-19 app, Health Canada’s official digital response for tracking symptoms, receiving updates, and accessing trusted resources.

“It was a real privilege to serve, and I wish I would have been able to reach out to John to let him know what I was doing and the impact we were having,” says Grace, who built a strong connection with her benefactor over a special lunch and through inspiring email exchanges.

Since June, Grace has been in her “dream job” as Director of Product at OpenMRS, a free open source medical records system to improve health care delivery, particularly in resource-strained environments.

Scholarship recipient Mala Muniswamy (MBA ’20), meanwhile, is embarking on the next phase of her career after completing graduate studies in August. “It has been an amazing journey,” she says. “I feel like I have transformed over the past year.”

With a background in statistics and computer science and years working in India’s tech sector to support her single mother and three younger siblings, Mala hopes to pivot into fashion and retail. Given the pandemic’s impact on these industries, she acknowledges that she may need to switch to her Plan B (sustainability and the non-profit sector).

“The future feels very unpredictable,” she says. She intends to stay in Vancouver, taken by its natural beauty, energy and cultural diversity—which also played a big factor in her choosing SFU Beedie (students in her cohort came from 13 different countries).

“I am a strong believer that the more minds that are working together, the better the results. I love working with diverse teams. Culture plays a big role in the outcomes of business, of cities, of society. It’s beautiful to see the impact that the diversity of perspectives and backgrounds can have on places and people.”

Mala expresses deep appreciation for her learning experiences at SFU and for the student support that made it all possible.

Through the power of lasting endowments, John will forever be remembered at SFU through his lifetime of generosity and for his deep commitment to the university’s growth and success. His impact will be felt by every student he has helped or will help as these graduates go on to make the world a better place. These bright minds are the living embodiment of John’s enduring legacy. 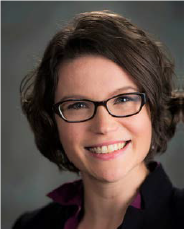 "It was very special connecting with John. He wanted to hear our thoughts on the bigger picture and what we were interested in contributing to society. To have a person be so generous and then to have that person take an interest in you and share part of their life with you is very meaningful." 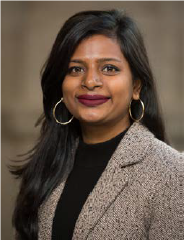 "I am very grateful to John Ellis for his kindness and generosity,” she says. “The scholarship was vital for me to be able to complete the program. I feel very lucky that we were also able to meet him and that he was in such high spirits. I hope to be like him some day, and have the chance to make a difference in the way that he did."

Vist SFU Advancement and Alumni Engagement to learn about ways to give.